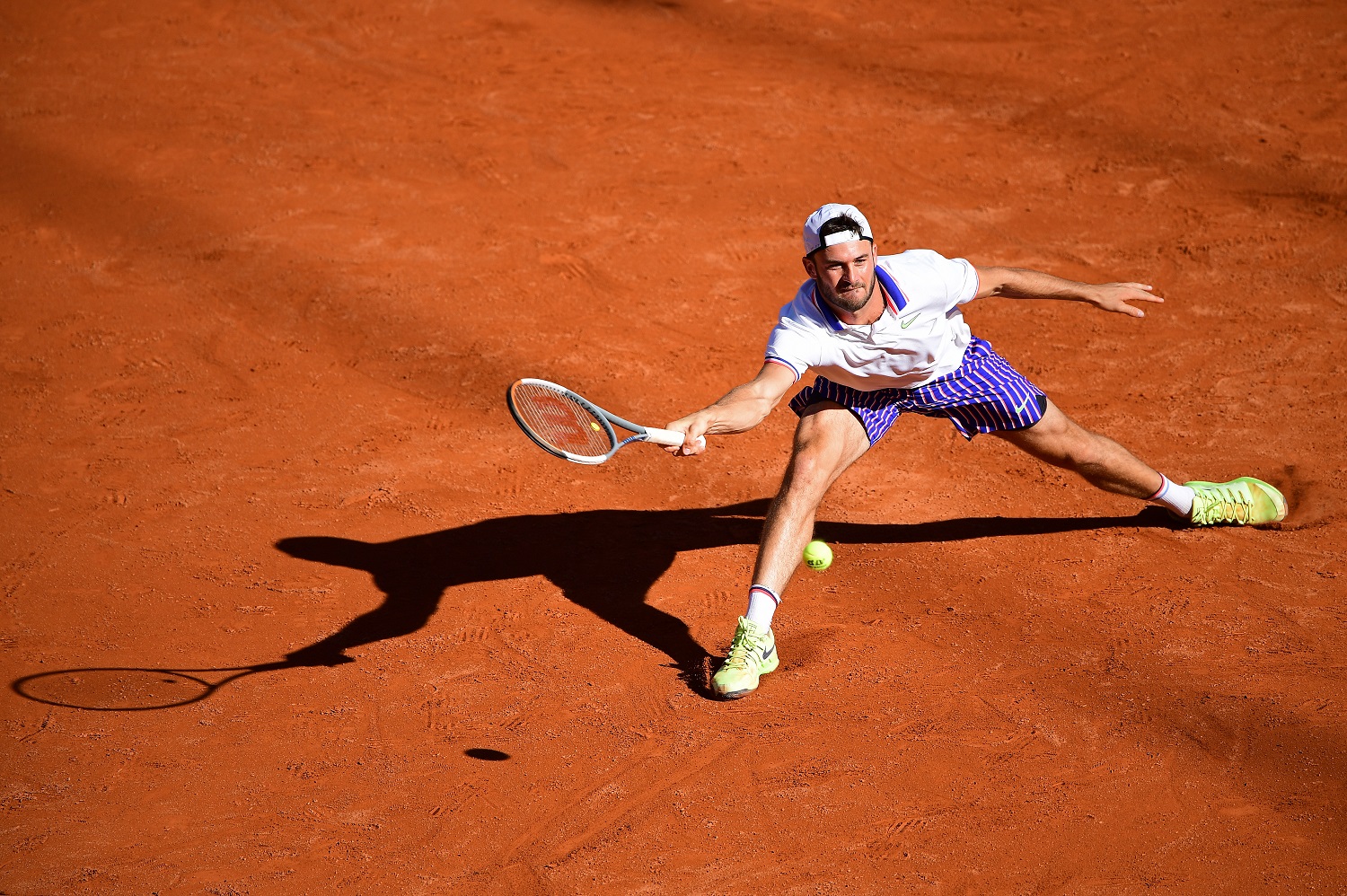 Three qualifiers have booked their spot in the second round of the Hamburg European Open on a sunny Monday in Northern Germany. US-American Tommy Paul headlined the action, as he battled past big-serving Kevin Anderson from South Africa by the score of 6-4, 0-6, 6-4.

The 23-year-old from Florida withstood 14 aces from Anderson and broke his opponent’s serve two times to prevail after one hour and 55 minutes.

“I came out playing very well today and held my serve,” said Paul, who managed to regroup after losing the second set. “I started to take my time a little more and I knew that I would get my chance.”

Paul, winner of the 2015 Roland Garros boys’ singles title, has come to Germany for the first time and seems to feel comfortable in Hamburg. “I love it here,” he said. “The weather is good, the courts are phenomenal, and I love it that fans are here, which makes it a lot more fun to play. I am having a great time.”

Up next for Paul will be Andrey Rublev. The No. 5 seed from Russia dominated the encounter against Tennys Sandgren from the United States. Rublev sent down six aces and won 90 per cent of his first-service points. He didn’t face a break point in his 6-3, 6-3 victory, which lasted 68 minutes.

“For sure, it was my best match on clay this season, which is only the second tournament,” said Rublev, who finished runner-up to Nikoloz Basilashvili at the Rothenbaum tournament last year. “I felt good today. I am happy with my performance against a strong player. I had good mental preparation and started to play well. I started to feel even better and better with each game. At the end I controlled the match and finished it.”

Earlier in the day, Pablo Cuevas opened Center Court action with a 6-4, 6-2 win over Taylor Fritz from the United States. The qualifier from Uruguay capitalized on four of his seven break point chances to advance after one hour and 20 minutes. Cuevas, finalist at the Hamburg European Open in 2016, will face the winner of the first-round clash between No. 3 seed Stefanos Tsitsipas from Greece and Briton Daniel Evans.

Jiri Vesely from the Czech Republic edged past 2011 Rothenbaum champion Gilles Simon. The 27-year-old qualifier won 58 per cent of the total points played to secure a 7-5, 6-2 win in one hour and 43 minutes.

“I stayed patient and served well,” Vesely told Barbara Schett after his first win over the Frenchman in the pair’s third tour meeting during his on-court interview. “I just tried to stay in the rallies, as Gilles brings many balls back. He is a tough opponent.”

Vesely captured his second ATP Tour title at the Tata Open Maharashtra in Pune, India at the beginning of the season but lost as a three-time champion in the second round of the Czech Open Challenger in Prostejov to Aleksandar Vukic two weeks ago.

“I had a good start into the year but (after the suspension of the tour) it is hard to find my way back. I hope that this tournament will help me to find my best tennis again.”

Vesely could face the tournament’s top seed Daniil Medvedev in the second round. The 23-year-old Russian will begin his clay-court swing in Hamburg fresh off his run to the US Open semi-finals. Medvedev will begin his title bid against Frenchman Ugo Humbert on Tuesday evening.