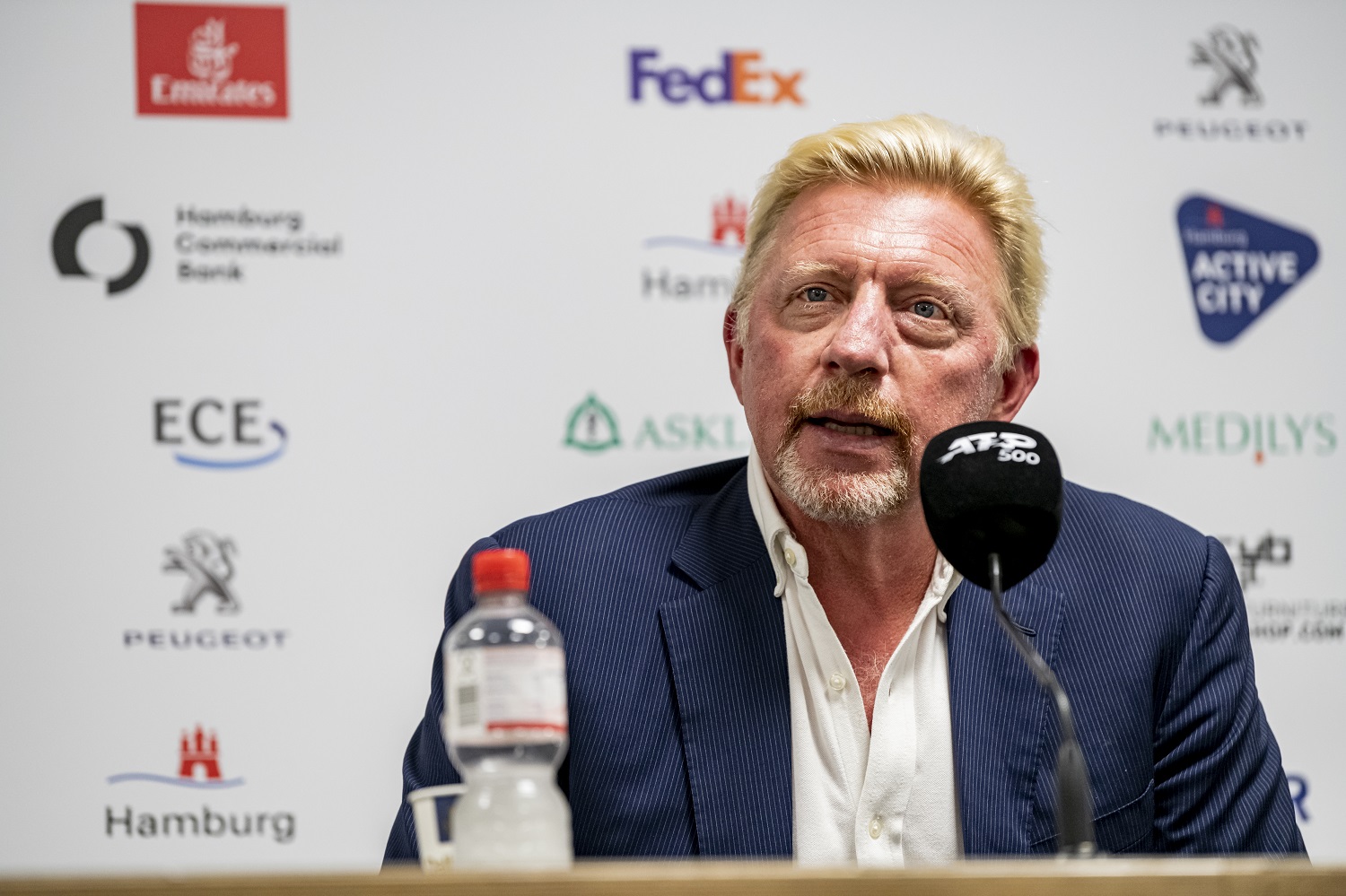 Former World No. 1 and six-time Grand-Slam champion Boris Becker made a short visit to the Hamburg European Open on Tuesday. The 53-year-old Leimen native has an intense, emotional, and passionate relationship with the Free and Hanseatic City.

“I always come to Hamburg with a smile,” Becker told journalists and added: “I think I was here for the first time in 1984.” As a 16-year-old, he made his debut at the Rothenbaum tournament, one year ahead of his first triumph at Wimbledon. Becker played a couple of unforgettable matches on Center Court but never managed to lift the trophy.

Today, Becker is the Head of Men’s Tennis at the German Tennis Federation (DTB). In the afternoon, he spent some hours inside the modernized stadium, where all four Germans in the Hamburg European Open singles field were in first-round action.

Asked about his pick for the winner of the upcoming French Open, Becker said:

“In principle you always go for the 12-time Roland Garros champion Rafael Nadal, but life and tennis are different this year. I watched his performance in Rome and obviously he is not at 100 per cent yet. He only played six matches in three months. Whoever played in America, Rome and Hamburg will have an advantage, as players are looking for matches at the moment. You can only get better in matches, not in practice. That’s even the case for Rafael Nadal. He always had his rhythm by playing Barcelona, Monte Carlo, Madrid and Rome. Four big tournaments, which gave him enough match toughness to be the best player he can be at the French. That’s missing this year.”

Roland Garros has been moved to September and October as a result of the coronavirus pandemic. Becker continued that the tournament’s postponement will also make a difference, as conditions will probably not be the best regarding Nadal’s game. “At early October, Paris won’t be as bouncy, won’t be as hot but Rafa is still my No. 1 pick. Nonetheless, there are a few players out there with a bigger chance this time than in previous years, including Thiem and Djokovic. Just to name two.”