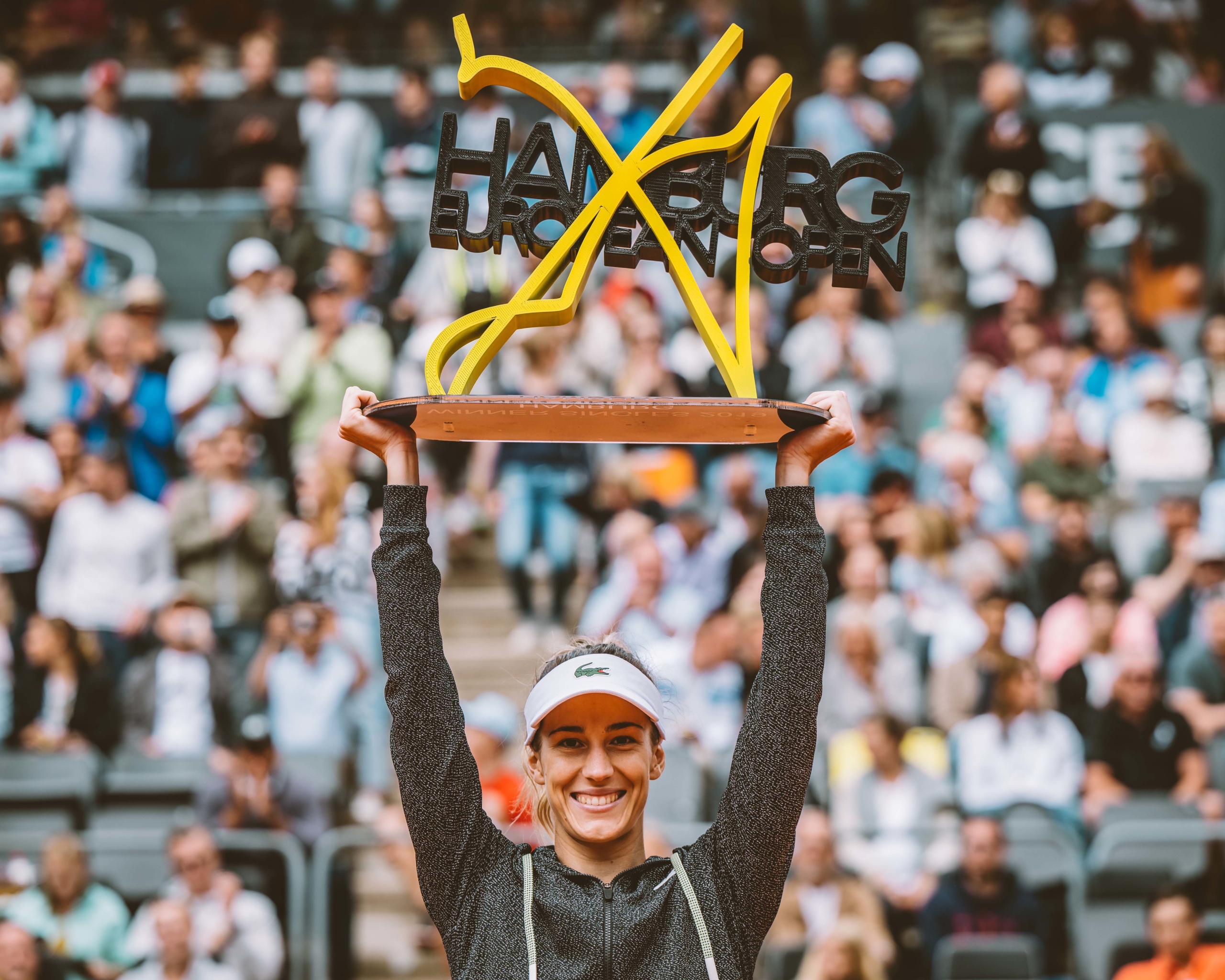 In a great atmosphere inside packed Rothenbaum Tennis Stadium, Pera was the dominant player in most of the rallies. The 27-year-old left-hander broke Kontaveit’s serve four times to extend her winning streak to 12 matches.

“I expected a good fight and I played well. I was able to dominate the points and able to win,” said Pera, who didn’t drop a set during the last two weeks and lost just 39 games. Prior to this month, Pera never reached a final on the WTA Tour although she was runner-up at WTA 125 level for the first time in Karlsruhe in May. Pera earned €26,770 as well as 280 WTA Rankings points. She will attain a new career-high of World No. 54 on Monday.

During the trophy ceremony, Pera dedicated her Hamburg trophy to her ex-coach Kristijan Schneider, who passed away in April. “I was lucky enough to be coached by him,” she said. “I hope that I can bring at least a little bit of his shine, passion and drive into the world.”

“Bernarda played a really good match. She was really aggressive from the first point, was very solid and took initiatives right away. She made my life really difficult today and played a great match,” the World No. 2 said.

Kontaveit added she would leave with some positives from the past seven days in northern Germany. “I had a really nice week here in Hamburg. The city is beautiful, and the tournament was organized super well. I am definitely leaving with my head held high,” she said and will next compete in Prague.

Earlier in the day, Sophie Chang and Angela Kulikov capped their dream week in Hamburg by lifting their first WTA Tour doubles trophy as a team. The US-Americans, both ranked outside the Top 100, upset No. 3 seeds Miyu Kato from Japan and Aldila Sutjiadi of Indonesia 6-3, 4-6, 10-6 in one hour and 26 minutes.

“The biggest obstacle was managing ourselves in this moment. This was so exciting, as this was my first big tour-level match. We stayed focused, stuck to our plan and we knew that when we do our job, the result is coming to us,” said Kulikov.

Following five team title wins on the ITF World Tennis Tour, four of them this season, the pair made their debut at a WTA 250 event. “It was a wonderful experience here in Hamburg. These are the things you’re dreaming about when you’re a little kid,” Chang said.

“When I got here, I wasn’t a ‘WTA member’. Everything was like ‘wow,'” Kulikov added. “I didn’t even know that it was a combined ATP/WTA event. When I saw that Carlitos (Alcaraz) was here, I called my sister, and everything was so exciting for us. I still felt like a little kid in so many moments. Now, I feel a bit better, as we have this title under our belts, but I hope that I can stay this tennis nerd that I am.

“This season has been great. We played very well together, and we have something special on court as tennis players but we are also very good friends. We have a lot of fun.”

And how will their celebration look like tonight? “Das Bier (the beer),” Chang responded in German. “A lot of dreams came true in a very short period, like in the last 20 minutes. Hamburg will remain an unforgettable place for us.”