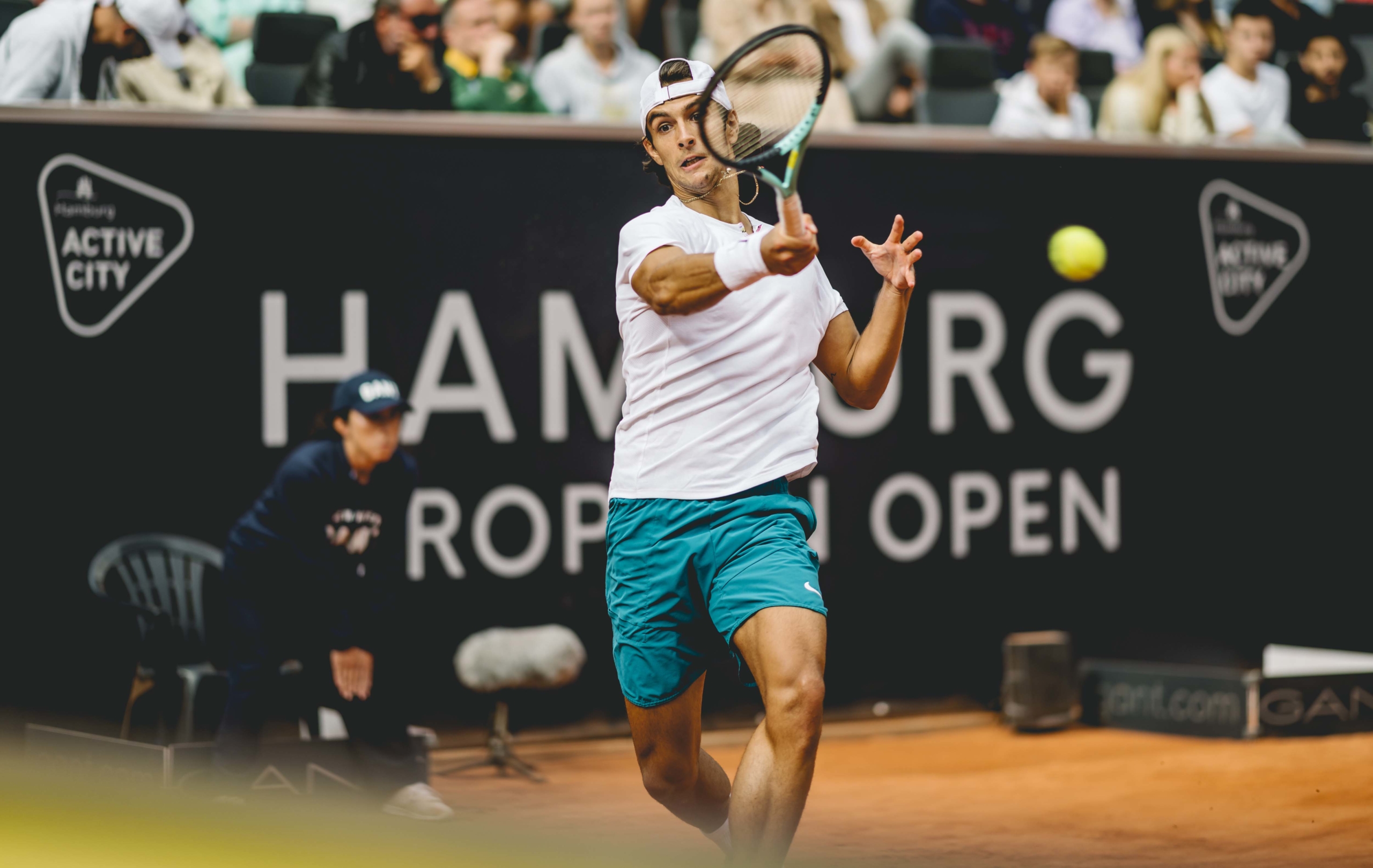 Two of the most exciting rising stars on the ATP Tour will compete in Sunday’s championship match of the Hamburg European Open when Spanish teen sensation Carlos Alcaraz and Italian youngster Lorenzo Musetti go head-to-head for the title.

Top seed Alcaraz, who will attempt to complete a clean sweep of this season’s clay-court ATP 500 events at the Rothenbaum Tennix Complex, edged past Alex Molcan of Slovakia 7-6(2), 6-1 on Saturday afternoon. The World No. 6 had to work hard in the first set but found his rhythm and excellent shots in the second. Alcaraz capitalized on five of his 11 break-point chances to secure victory in one hour and 33 minutes.

“It was tough,” Alcaraz said afterward. “Obviously he played really well. The first set was really close. I’m happy to be able to end the first set playing.

“In the second set, I think he was down a little bit. He didn’t play well in the second set. I finished the match with a lot of confidence and played very well.”

Earlier, Musetti moved into his first ATP Tour final following a 6-3, 7-6(3) victory over Francisco Cerundolo of Argentina, who was on a eight-match winning streak, in one hour and 54 minutes.

“It was not easy, he played well, and I was under pressure,” said Musetti, who went for an underarm serve at match point during the 10th game of the second set. Cerundolo reacted quickly and leveled score. However, after falling behind 1-3 in the tie-break, the 20-year-old Carrara native closed the encounter how he started it by dominating proceedings to win the final six points.

“I saw him so far from the baseline on the ad side. I don’t know why I did the underarm serve, but it didn’t work. At the end, I didn’t take the option of the underarm serve. I went for the kick and serve-and-volley, and it worked. So, I’m really happy,” Musetti explained.

“I didn’t expect to make it to the final. I was not playing my best tennis last week (in Bastad). Here, I needed to save two match points in the first round. I don’t understand why I am in the final, but I am looking forward to tomorrow.”

Musetti has cracked the Top 50 in the ATP Live Rankings for the first time, overtaking his compatriots Fabio Fognini and Lorenzo Sonego. “This was my goal at the beginning of the season,” said Italy’s new No. 2 player after Matteo Berrettini. “I had some opportunities before in Rotterdam but didn’t make it. Then, I got injured in Madrid and missed the Masters in Rome and the tournament in Lyon. So, I am really happy, but now it’s all about to figure a way out to lift the trophy here.”

In their only previous meeting at senior’s level, Alcaraz beat Musetti in three sets en route to his first triumph on the ATP Challenger Tour in Trieste, Italy two years ago.

“We are both different players and different persons now,” the 19-year-old Spaniard said. “I remember the match, as it was very tough. Maybe I will watch some scenes from it but tomorrow will be different.” Alcaraz is seeking his fifth ATP Tour career title. Musetti could lift his maiden trophy.

Sunday’s action will kick off at 12:30 p.m. local time with the doubles final, when Rohan Bopanna of India and Dutchman Matwe Middelkoop will face Briton Lloyd Glasspool and Harri Heliovaara of Finland. The singles title match will be played not before 3 p.m.