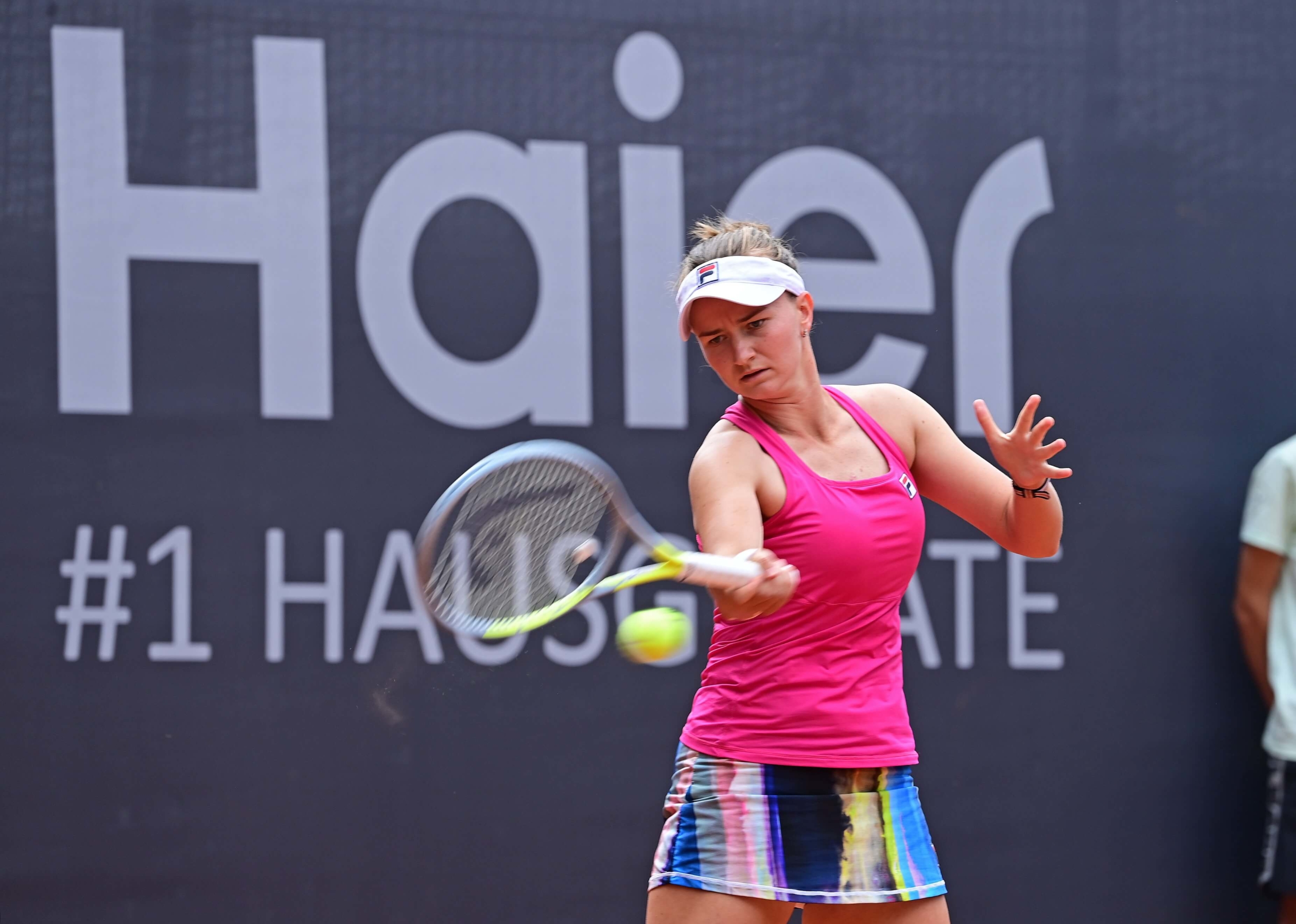 Barbora Krejcikova began her title bid at the Hamburg European Open with a solid 6-2, 6-4 first-round win over Dutch lucky loser Suzan Lamens on Monday. The No. 3 seed of the WTA Tour 250 event dominated the match with her serve, winning 80 per cent of her first-service points. Krejcikova converted four of 13 break-point chances to prevail after one hour and 23 minutes.

“It was very good start into the tournament. I am really happy about the way I played,” Krejcikova said. “I always find the first round very difficult because it is a new tournament. I am pleased that I am through. I tried to play my game, tried to stay aggressive.”

Krejcikova, who put together a fairytale run to not one but two titles at last year’s French Open at Roland-Garros, has come to Hamburg for the first time.

“It is a very nice tournament, and the city is beautiful as well. I have good memories of German tournaments, as I played a lot of them. I really like it. The event is important for me, as I didn’t have many matches this year,” said Krejcikova, who was sidelined from playing for three months earlier this year due to an elbow injury.

“I always try to be the best at that moment. I am fit and I feel healthy. That’s the most important thing,” she said. However, Krejcikova doesn’t consider herself as the favourite for the title in Hamburg. “There are so many really good players here. Every single match is different, and we have to go step by step.”

Up next for Krejcikova will be Magdalena Frech from Poland, who benefited from the retirement of Anna Kalinskaya in her first-round match. “I have to see how she is playing, and we will try to be prepared the best way to beat her,” she said.

“I like the clay and the balls here,” said Petkovic, who will face Misaki Doi of Japan in the second round on Tuesday. “We met in Madrid. I won but she is a dangerous, explosive lefty.”

On the men’s side, Germany’s top-two ranked teenagers attempted to earn their first match wins at a tour-level event. However, both lost to opponents from Slovakia. World No. 585 Marko Topo, a qualifier, lost to Alex Molcan 7-5, 6-3 and World No. 830 Max Hans Rehberg, who received a wild card, was a set and break up against Jozef Kovalik but eventually left the court following a 6-3, 5-7, 1-6 defeat.

Meanwhile, Lorenzo Musetti was on the brink of an early exit in his debut at the Rothenbaum Tennis Complex. However, the 20-year-old Italian dug deep, saved two match points, and rallied to a 6-7(4), 7-6(4), 6-3 victory over Serbia’s Dusan Lajovic in two hours and 55 minutes. Next, Musetti will take on either No. 3 seed Diego Schwartzman of Argentina or Emil Ruusuvuori from Finland.

In the final match of the day, Karen Khachanov battled past local wild card entry Jan-Lennard Struff 3-6, 6-3, 7-6(2). The No. 7 seed fired 11 aces and broke his rival three times to succeed after two hours and 16 minutes. Khachanov will next play the winner of the encounter between Aljaz Bedene of Slovenia and Italian veteran Fabio Fognini.