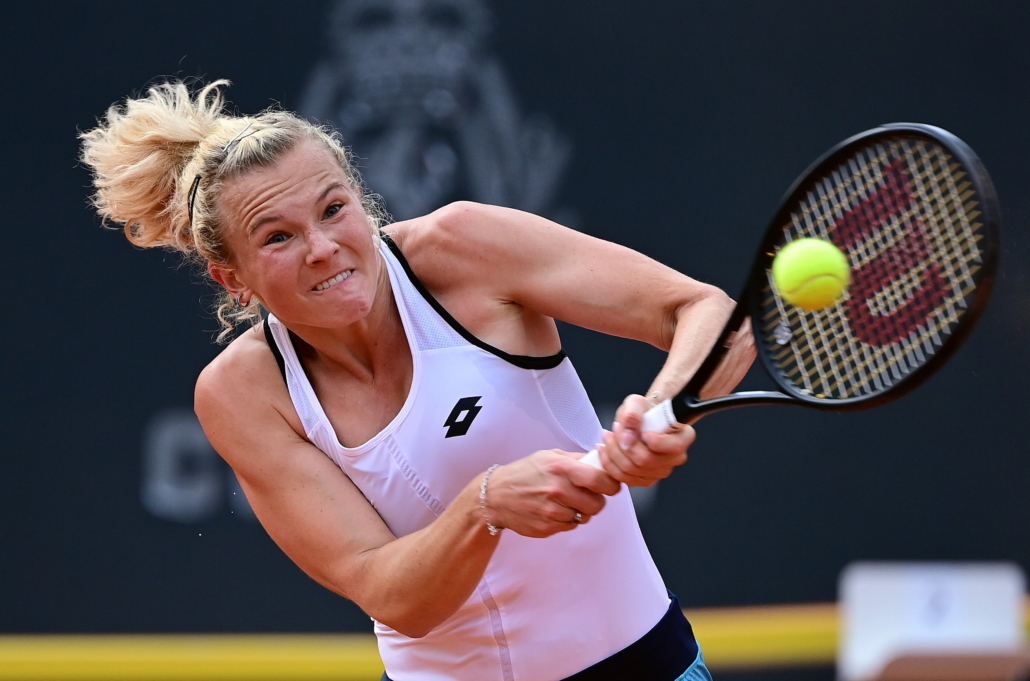 Main draw action at the Hamburg European Open started with a bang on Sunday. That’s because Katerina Siniakova knocked out second seeded Daria Kasatkina 6-2, 2-6, 6-4 in the first round of the WTA 250 event.

In a roller-coaster ride on Center Court, which included six breaks of serve in the final set, the World No. 93 from the Czech Republic outpointed her opponent 108-101 after two hours and 34 minutes.

“It was a really tough match. I had a few tough draws, I feel that I am playing well but missing the ends,” a happy Siniakova said afterwards. “So, this one means a lot. I was just trying to fight until the end, and I am really happy that it went my way.”

Siniakova, a 26-year-old native of Hradec Králové, earned her first win over Kasatkina in the pair’s fifth tour-level meeting.

“She is a tough player. It’s hard to play against her,” said Siniakova. “I was pushing her a lot and was doing great, but she was running a lot and didn’t give up. I am happy. There were a couple of long rallies, a very physical match that I managed to win it.”

The five-time Grand Slam doubles champion and Tokyo Olympics gold medalist is playing at the Rothenbaum Tennis Center in Hamburg for the first time.

“It’s amazing here. Sandra (Reichel), the tournament director, is doing a great job. I always love to play her tournaments and it feels great here. I just hope to stay longer,” said Siniakova. Next, she will play Laura Pigossi. The 27-year-old Brazilian rallied past Reka Luca Jani of Hungary 1-6, 6-3, 6-4 in two hours and 15 minutes.

In the final match of the day, No. 7 seed Maryna Zanevska outlasted Viktoriya Tomova from Bulgaria 4-6, 6-4, 6-3 in two hours and 30 minutes. The Belgian now awaits the winner of the encounter between the qualifiers Alexandra Cadantu-Ignatik from Romania and Japanese Nao Hibino.

Four players qualified for the singles main draw of the ATP 500 event Sunday. World No. 594 Marko Topo, Germany’s top-ranked teenager, won a battle of local wild cards against Rudolf Molleker 6-3, 3-6, 6-4 in one hour and 47 minutes to advance against Alex Molcan of Slovakia in the first round.

Also, Jozef Kovalik of Slovakia fought past Alex Shevchenko 7-6, 4-6, 6-4 and will be the next opponent for 18-year-old German wild card Max Rehberg. Daniel Elahi Galan of Colombia beat Italian Riccardo Bonadio 7-5, 6-1 and was placed against Federico Coria of Argentina. Finally, Luca Nardi grabbed the last spot by beating Ricardas Berankis of Lithuania 7-5, 6-2. The 18-year-old Italian will play No. 4 seed and defending champion Pablo Carreno Busta of Spain in the main draw.