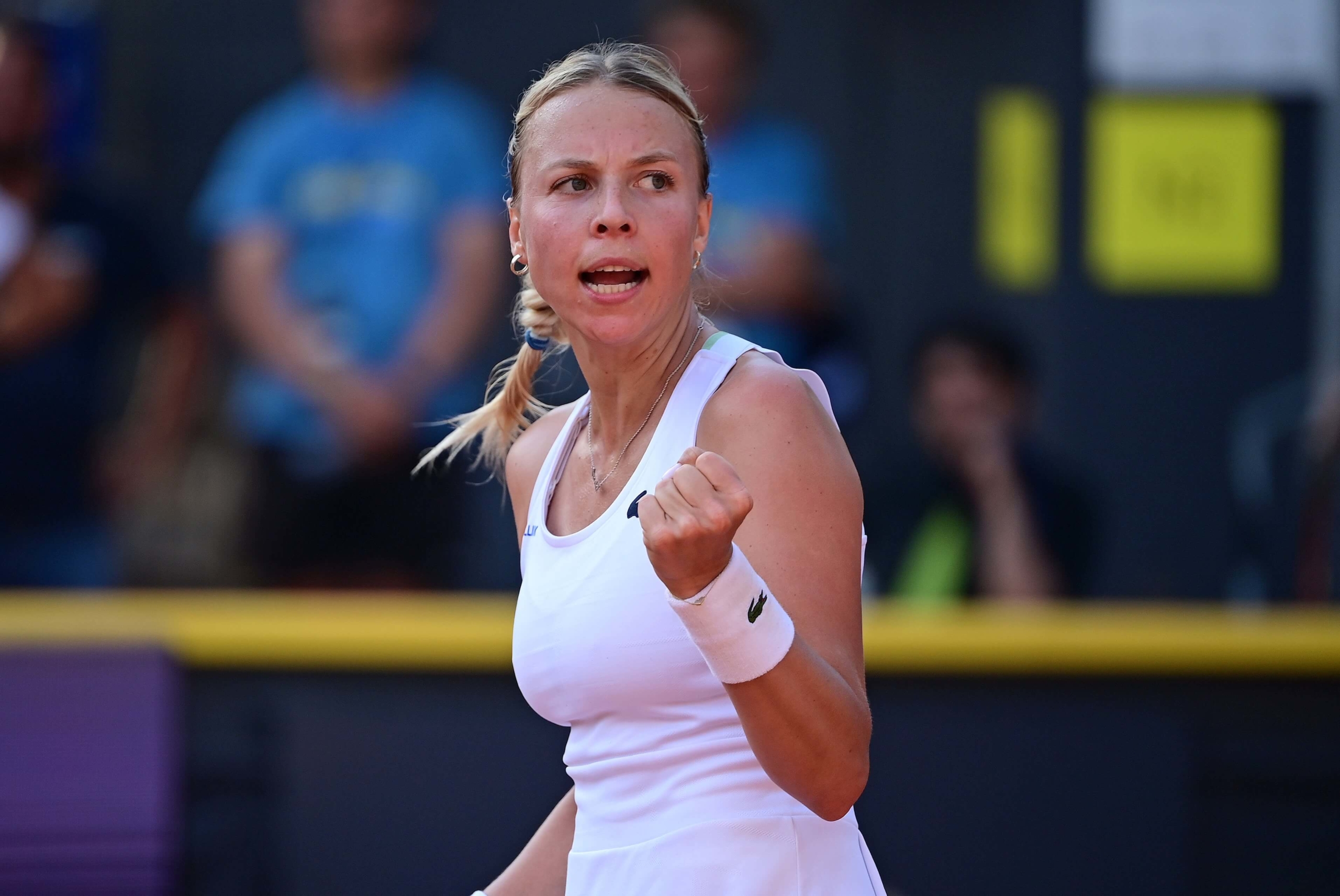 World No. 2 Annet Kontaveit headlined women’s second-round action at the Hamburg European Open by reaching the quarterfinals of the WTA 250 event. On a sunny Wednesday with temperatures near 40 degrees Celsius in Northern Germany, the top seed from Estonia kept her cool in the suffocating heat on Center Court to beat Rebecca Peterson from Sweden 6-3, 6-2. Kontaveit converted three of her six break-point chances to prevail after one hour and 31 minutes.

“It was a very competitive first set. I was feeling more and more comfortable on the court when the match went on, gaining some confidence. My level was improving throughout the match, which I was very happy about,” the 26-year-old Estonian said afterward.

Asked about the conditions today, Kontaveit responded: “When we started our match a breeze came up and made it a bit easier for us physically. It is a good challenge for me to play in hot conditions and a way to improve my fitness.”

Up next for the Tallin native will be Andrea Petkovic, tournament ambassador and last German remaining in the singles draws of the Hamburg European Open combined event.

“It’s always great to play a crowd favourite but it’s going to be a tough match for sure. We had some nice battles before and I am looking forward to it,” said Kontaveit, who leads the pair’s head-to-head series 2-0.

Also on Center Court, No. 4 seed Aliaksandra Sasnovich eased past Aleksandra Krunic of Serbia 6-3, 6-2 in one hour and 28 minutes and will next play seventh favourite Maryna Zanevska from Belgium, who was a 6-4, 6-1 winner over Romanian qualifier Alexandra Cadantu-Ignatik.

In the men’s draw, Andrey Rublev began his Hamburg European Open title bid with a 6-3, 6-4 first-round win over Ricardas Berankis of Lithuania. The second seed was rock solid on his serve, firing 12 aces and winning 83 per cent of his first-service points to secure victory in one hour and 11 minutes.

“I am happy with my performance. Ricardas is a really tough player. He hits the ball really hard and plays fast, so I had to bring intensity from the first game,” Rublev said. “I am really happy with how I was serving today. I was also focused during my returns and hit some great shots from the baseline.”

Rublev, who captured the title in Hamburg two years ago, was asked what has changed since. “Many things are still the same, but I am in the Top 10 now and there is maybe a bit more pressure and tension,” the World No. 8 responded with a smile, adding: “And hopefully I am bit smarter.”

Next, Rublev will play in-form Francisco Cerundolo of Argentina, who captured his maiden ATP Tour title last week in Bastad.

Coric back in a tour-level quarterfinal

Earlier on Court M1, Borna Coric defeated Dutch No. 2 Tallon Griekspoor 6-3, 6-4 in the pair’s first Tour meeting. The 25-year-old Croatian won 55 per cent of the total points played to advance in one hour and 30 minutes.

“I am very happy, I played a great match,” Coric said after reaching his first quarterfinal on the ATP Tour in 16 months. “Yesterday (against Laslo Djere) I was a bit lucky but today I showed a good performance. I was serving great, and my forehand was good. I am pleased to be in the quarters.”

Coric, who was sidelined last year with a right shoulder injury, returned to competition in March. Now ranked 183rd, Coric recently captured his third ATP Challenger Tour career title in Montechiarugolo-Parma. He will face Alex Molcan in the stage of the last eight.

The 48th-ranked Slovakian caused the upset of the day by knocking No. 4 seed and defending champion Pablo Carreno Busta of Spain 6-3, 1-6, 7-6(5). Molcan withstood 13 aces and broke the Spaniard’s serve two times to advance to his fourth tour-level quarterfinal of the season in two hours and 30 minutes.

Alcaraz Advances To Quarterfinals In Hamburg
Scroll to top