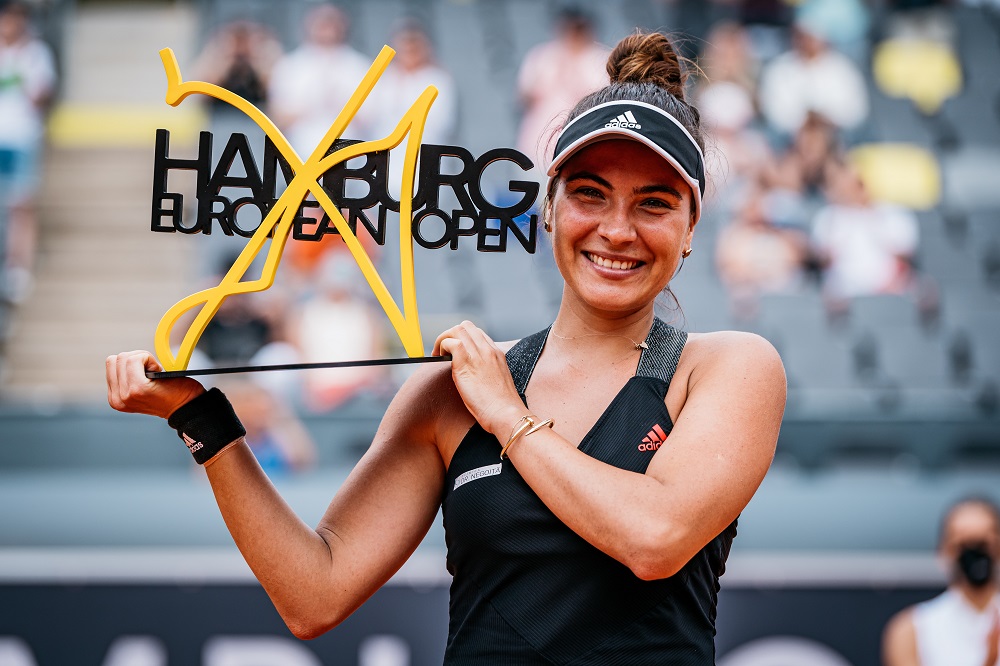 The World No. 198 capitalized on four of her 12 break-point chances to prevail after two hours and 12 minutes.

Ruse set the tone early by breaking Petkovic’s serve in the third game of the opening set, but the German recovered well and only one point made the difference in the tie-break.

The Bucharest native was a break down in the second set but showed her fighting spirit and found her way back into the match. Ruse impressed the 1,050 spectators at the modernized Centre Court with a couple of stunning shots from the baseline and converted her first match point with a backhand winner down the line.

“I can’t believe it right now. I am in shock and very tired,” said Ruse, who never passed the quarterfinal stage on the WTA Tour previous to this week.

“It’s unbelievable what happened. I am glad that I played a final against Andrea. She is a nice person and I like her a lot. I am really happy.”

By securing her seventh match win in a row, Ruse became the first women’s champion at the Rothenbaum Tournament in 19 years. Back in 2002, Kim Clijsters beat Venus Williams in three sets for the title.

“I am a fighter. I didn’t feel the tiredness on court today, but I felt the pressure. It was the last match of the tournament and I tried to play my best. I will have a good dinner tonight and then I will have to rest, as in one or two days I am going to play again in Prague.”

Will she return to Hamburg next year? “I felt very good here from the first day. I will come back for sure, as I want to keep the trophy,” Ruse said.

Petkovic takes the positives from this week

Petkovic appeared in her first final since lifting the trophy in Antwerp, Belgium in February 2015.

“Today I couldn’t put the energy into my footwork being able to play more aggressive. Elena took the more aggressive position and was dominating the baseline points, as well as the returns and serves. Except for the first three games in the second set, I never managed to push her back behind the baseline. I wished that I would have been a bit fresher today, but she played a tremendous match and deserved to win today,” the German said.

“It pains me that I couldn’t make it a whole fairy tale week, although Elena’s story itself is super special, coming from qualies and beating many top players. In a few days, when I recover, I will see that it was a great week for me. I had a lot of pressure, as I had to play the final in order to secure the US Open main draw. My team and I worked hard in the past few weeks, and it just never clicked but now it did a little bit. It is a step into the right direction,” said Petkovic, who will stay in Hamburg for the next seven days in her role as the tournament ambassador.

Later in the afternoon, Italian Jasmine Paolini and Jil Teichmann from Switzerland took the doubles title. In a final between two unseeded teams, the duo defeated Australia’s Astra Sharma and Rosalie van der Hoek from the Netherlands 6-0, 6-4 in exactly one hour of play.