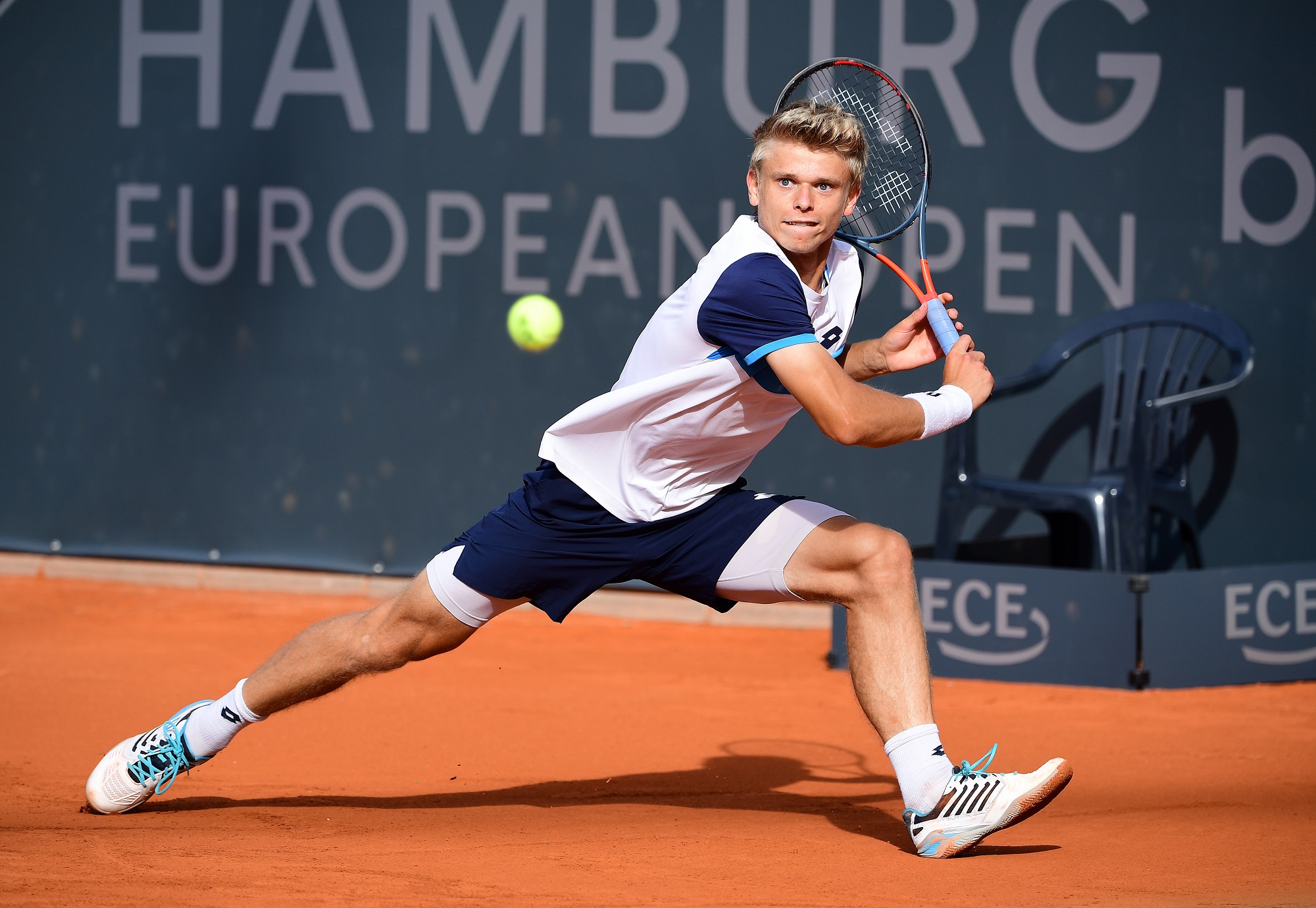 International tennis action has returned to Germany as the 2020 Hamburg European Open got underway on Saturday at the modernized Rothenbaum Tennis Stadium, with eight singles and two doubles qualifying matches.

The order of play featured a mix of players with local ties, doubles specialists looking to try their luck in singles and one of the tournament’s former champions.

Wild card entry and Hamburg native Marvin Moeller played the first Center Court match of the tournament taking on Austrian alternate Lenny Hampel. The 21-year-old German, however, lost 6-2, 7-6(7) in one hour and 41 minutes. It has been Moeller’s first match on the international circuit since reaching the second round of the ITF World Tennis Tour M15 event in Loule, Portugal in March.

Hampel will next take on Jiri Vesely for a spot in the main draw. The two-time ATP Tour champion from the Czech Republic fired ten aces in his 6-4, 6-4 win over local wild player Milan Welte. Vesely secured victory in one hour and 19 minutes.

Qualifying top seed Tennys Sandgren defeated Swedish youngster Mikael Ymer 6-3, 7-6(2). The World No. 49 from the United States won 70 per cent of his first-service points to advance to the second round after one hour and 32 minutes. Up next for Sandgren will be Radu Albot of Moldova, who beat No. 7 seed Juan Ignacio Londero from Argentina 7-6(5), 6-4.

Gilles Simon has made a winning return to Hamburg. The 2011 Rothenbaum champion and No. 3 seed remained untroubled in his 6-1, 6-1 win over 22-year-old German wild card Mats Rosenkranz. Simon will next play sixth favourite Pablo Cuevas. The 34-year-old from Uruguay, who finished runner-up to Martin Klizan in Hamburg four years ago, fought past Kevin Krawietz, one half of the reigning Roland Garros doubles champions, winning 7-6(6), 7-6(4) in just under two hours of play.

In other Saturday qualifying matches, No. 4 seed Alexander Bublik from Kazakhstan edged past Mats Moraing of Germany 6-2, 7-5 to meet US-American Tommy Paul in the final round. The No. 5 seed from Florida beat Portuguese Joao Sousa 6-1, 6-3.