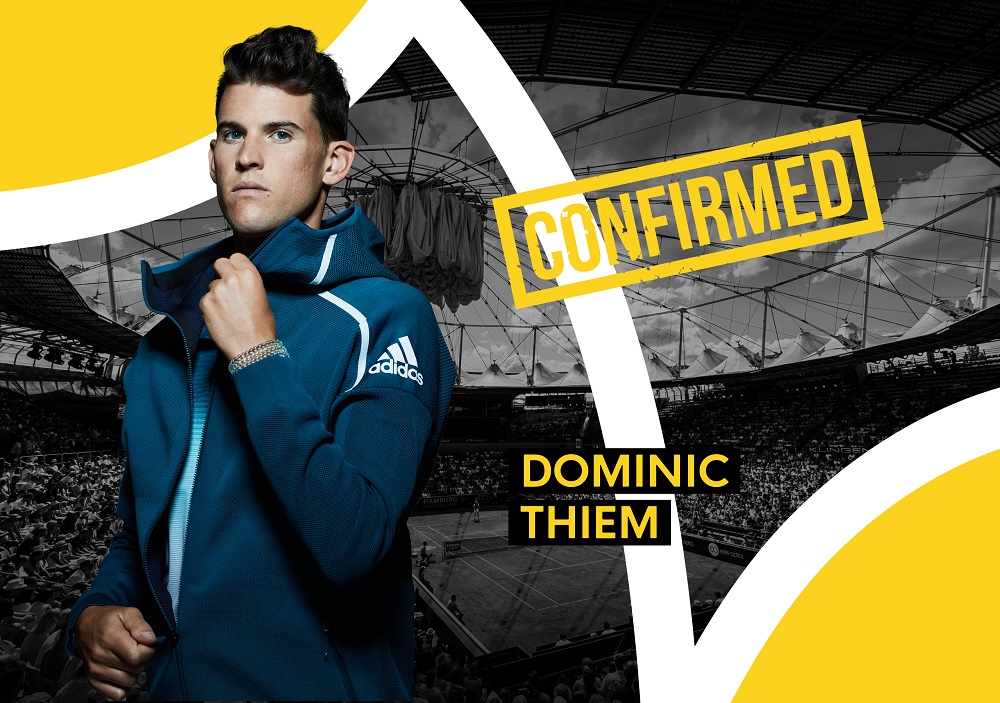 A Grand Slam champion is set to serve at the Hamburg European Open 2021! US Open winner Dominic Thiem, who has withdrawn from the Tokyo Olympics, will receive a wild card for Germany’s most prestigious tennis tournament. The world number five from Austria has signed a two-year contract with the tournament organizers and has thus also confirmed his participation for 2022. “I’m very happy to be coming back to Hamburg. I hope to play a great tournament in front of the German crowd and I hope to lift the trophy for the first time,” said the 27-year-old. Tennis fans who want to see Dominic Thiem live on Center Court at Rothenbaum can book their tickets today!  On Tuesday, the city of Hamburg made the decision to allow 3500 spectators per day. Advance ticket sales for the 2021 Hamburg European Open start this Wednesday (June 23 at 2pm) via the online ticket shop on the tournament homepage www.hamburg-open.com and the hotline (0049-1806-991175, Mo. – Sa. 8am – 6pm, Sun. 10am – 4pm). The 2021 Hamburg European Open (July 7-18) will start with the women’s tournament. The men’s qualifying will take place during the ladies’ final weekend (July 10-11). The main draw matches of the ATP tournament will commence on July 12.

“It’s quite a statement for the tournament that one of the best players in the world has agreed to play for two successive years,” says tournament director Sandra Reichel about her fellow Austrian. Reichel also has high praise for Thiem on a personal level: “In the world of tennis, there’s nothing better that having someone like ‘Domi’ Thiem. Not only is he one of the world’s best all-around players, but he’s also a role model for young people overall with his discipline and down-to-earth attitude.”

To date, Thiem has played three times at Rothenbaum, with two quarterfinal appearances in 2018 and 2019 as his best showing. Currently, Austria’s most successful summer athlete would be the tournament’s top seed. Following him on the entry list are Pablo Carreno Busta (Spain/ ATP 13), Felix Auger-Aliassime (Canada/ ATP 19), and Aslan Karatsev (Russia/ ATP 24).

On Tuesday, Hamburg officials announced that a total of 3,500 spectators will be allowed on center court each day during the two weeks of the tournament. In compliance with the distancing rules, tennis fans can also experience the action up close on Matchcourt M1. “With 3,500 tennis fans, the WTA and ATP tournament at the Rothenbaum is the next powerful kick-off for an attractive summer of sport in Hamburg, where athletics can once again be experienced all over the city,” said sports senator Andy Grote. “An event of this magnitude has not been seen since the start of the pandemic. After last year’s internationally acclaimed holding of the tournament under Corona conditions, this year we’re once again sending out a clear signal with the Hamburg European Open that sport is back! The “Active City” is returning to its old form!” The comprehensive hygiene and health concept requires

that visitors to the 2021 Hamburg European Open are either fully vaccinated, recovered, or tested negative and provide the appropriate documentation. Advance ticket sales begin this Wednesday at 2 pm. Tickets for the new WTA tournament are available from €30, tickets for the ATP tournament from €39. As special offers, this year there are “Champions Tickets” for both finals (July 11 and 18) from €125 and the ” ATP Weekend Ticket” for the final weekend of the men’s tournament (July 17 and 18) from €135.

As a general rule: Severely disabled persons with a degree of disability (GdB) of 50 or more are admitted free of charge, while pupils, vocational trainees and students up to the age of 25 receive a discount of 25 percent.