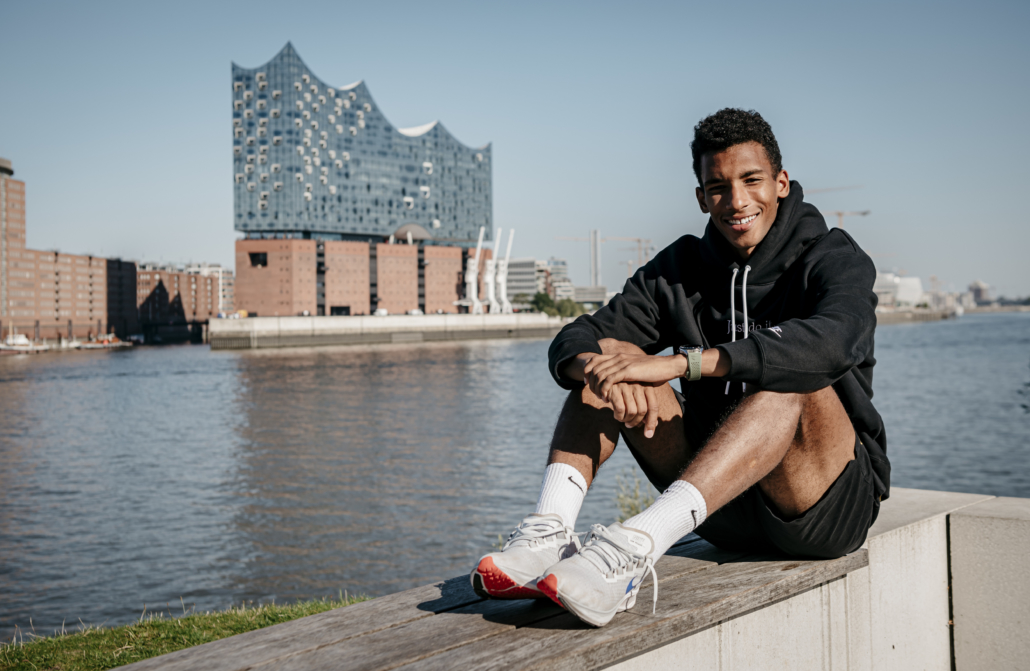 It’s going to be a spectacular reunion! Hamburg’s tennis fans can look forward to the return of Canadian Felix Auger-Aliassime to Hamburg’s Rothenbaum! The 20-year-old, who beat his idol Roger Federer in the round of 16 in Halle/Westphalia on Wednesday, is on the ATP’s official entry list for the Hamburg European Open, which closed on Wednesday evening. The entry list is headed by Pablo Carreno Busta from Spain, who is ranked twelfth in the world. Next in line are Auger-Aliassime, the no. 21 in men’s professional tennis, and the sensational Russian Australian Open semifinalist Aslan Karatsev (ATP 24), who won his first ATP title in Dubai in March and will be making his debut in Hamburg. Two Germans are also sure to be in the 28-player main draw, world no. 45  Jan-Lennard Struff and Dominik Koepfer (ATP 53). The cut off is currently 69th in the world rankings.

The men’s ATP 500 tournament will be held at Rothenbaum from July 12-18. In the previous week (July 7-11), women will compete at the Hamburg European Open for the first time in 19 years. The registration deadline for the WTA 250 event is July 1.

“Although things are complicated with the date falling between Wimbledon and the Olympics, we have a lot of top players again this year. Led by the young and charismatic Canadian Felix Auger-Aliassime, they are sure to deliver world-class tennis,” stated tournament ambassador Andrea Petkovic following the publication of the entry list. “Personally, I’m really looking forward to ‘Struffi’, who’s created a stir this year with wins over Andrey Rublev and Daniil Medvedev. Another player I’m excited about is Aslan Karatsev. He made his breakthrough at the Australian Open this year and his aggressive play has impressed me a lot.”

Regarding the Montréal-born and current resident of Monaco, Auger-Aliassime, tournament director Sandra Reichel added: “I’m very excited about our entry list. Felix Auger-Aliassime is an amazing next-generation talent! He’s a fantastic all-rounder on all surfaces, who now looks to take the next big step with the help of coach Toni Nada. He’s also an enormously likeable young man.” Auger-Aliassime was playing in his eighth career final when he lost to Croatian Marin Cilic in the final of the grass-court event in Stuttgart on Sunday. “FAA” already made his debut in Hamburg in 2020. During a joint photo shoot with French Open finalist Stefanos Tsitsipas in Hamburg’s harbor in front of the Elbphilharmonie concert hall, he showed how much he loves the city. Auger-Aliassime was beaten in the second round by Alexander Bublik from Kazakhstan.

Sandra Reichel is also particularly looking forward to the German entrants, who are both currently in excellent form. Struff, who like the two-time Rothenbaum champion Nikoloz Basilashvili had already committed early to playing in Hamburg, most recently reached the round of 16 at Roland Garros. This week, the German Davis Cup player made another emphatic statement by defeating world number two Medvedev in his Westphalian home in Halle. Koepfer narrowly lost to Switzerland’s Federer in four hard-fought sets in the third round in Paris.

The next top German on the list of alternates is Philipp Kohlschreiber, with a record 16 appearances at Rothenbaum so far. The 37-year-old from Augsburg, who made it to the quarterfinals in Halle, is currently the number eight alternate with a protected ranking of 96.

A total of four wildcards are up for grabs. “During this whole complicated Corona period, we’ve noticed that a lot of players make their decisions on a shorter-term basis. We’re currently working on getting one or two of the top players who won’t be at Wimbledon to the very end to join us in Hamburg,” said Reichel. She specifically lobbied the men’s professional tennis organization ATP for a 28-player main draw so that the top four seeds would each get a bye and thus have more time to recover after Wimbledon.

Sandra Reichel further remarked: “First and foremost, we’re pleased that our tournament can be held at all. And that we can also plan for spectators! The decision on how many visitors will actually be able to attend is expected soon. Of course, the health of everyone involved has the highest priority. Nevertheless, we hope that this summer of tennis in Hamburg can also bring back some sense of relief.” Advance ticket sales are to start in the next few days.