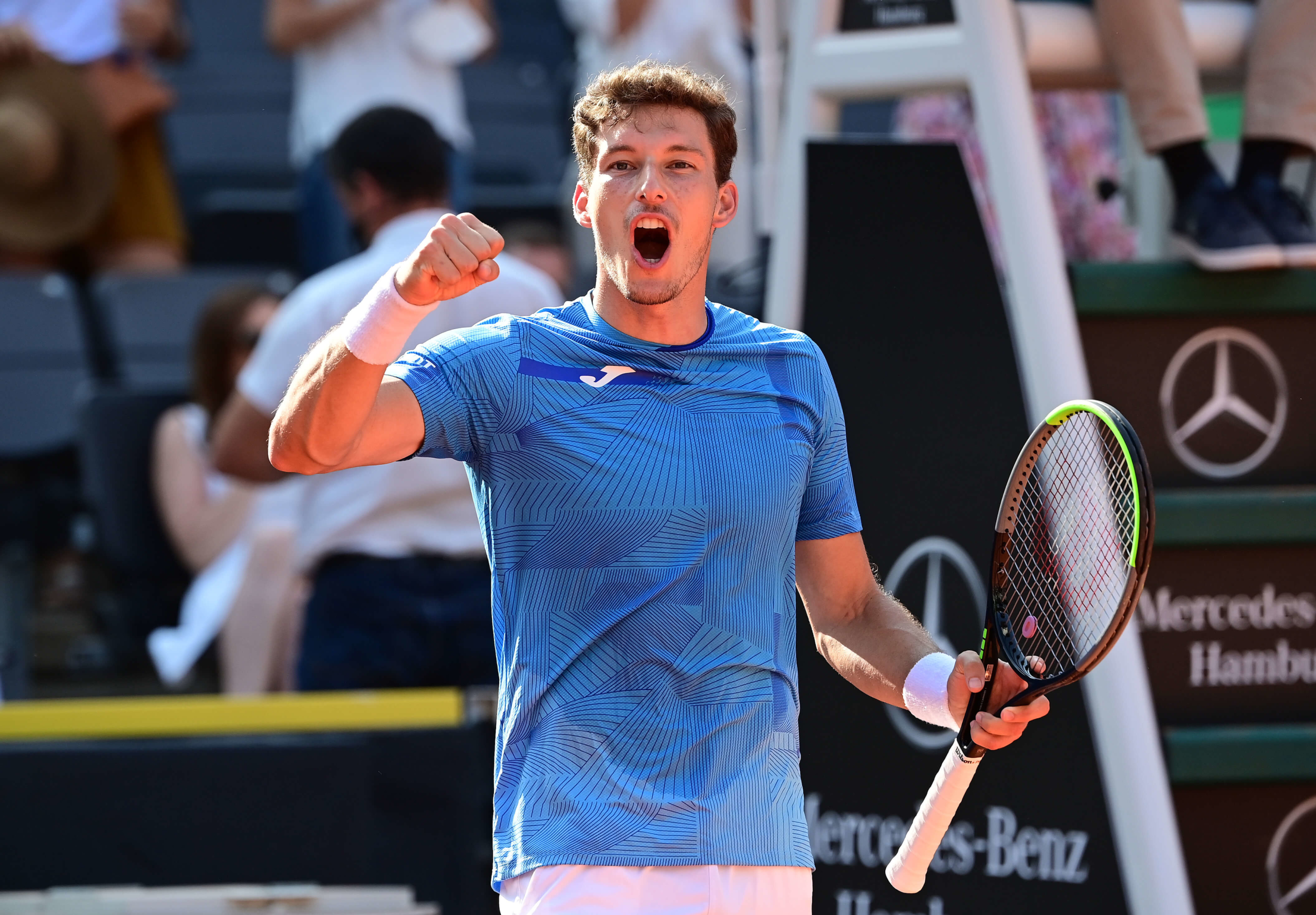 Pablo Carreno Busta of Spain and Serbia’s Filip Krajinovic will compete in Sunday’s singles final of the 2021 Hamburg European Open. In front of 3,600 spectators at the Rothenbaum Tennis Stadium, Carreno Busta defeated Federico Delbonis of Argentina 7-6(2), 6-3 on a sunny Saturday afternoon.

The No. 2 seed saved all four break points he faced and capitalized on two of his own seven break-point chances to prevail after one hour and 54 minutes.

“It was another tough match today against a tough player,” Carreno Busta said after his third win over Delbonis in the pair’s eighth meeting.

“Every time I play against him, I feel very uncomfortable. The last time we played in Madrid, I was a set and 4-0 up and lost. Today my level was very good. I probably played better in the second set than in the first one, but I continued fighting all the time. I enjoy playing here and I feel comfortable. Hamburg is an important tournament. I enjoy playing here. I think the crowd also enjoyed the match today and I hope to continue like this tomorrow.”

Earlier in the day, sixth seed Krajinovic emerged victorious from the all-Serbian encounter with Laslo Djere, winning 6-4, 6-2. The 29-year-old Belgrade resident, who fired 26 backhand winners to upset top seed Stefanos Tsitsipas on Friday, continued his good run of form against his compatriot to succeed after one hour and 35 minutes.

“I thought that I was not too aggressive today. I was the guy, who was running a lot, which is not my game. I knew that I was playing against a very good clay-court player. I know him very well. I found a way today and I am extremely happy to be in the final,” Krajinovic said.

“I was attacking his second serve. The way how I finished the match with good serves was what I needed. I came to Hamburg without any pressure and here I am in the final.”

The World No. 44 will appear in his fourth career final, his first at ATP 500 level.

“I have been around for a long time, and I played three finals before but never managed to win the title. I was close a couple of times. I will try to take this one. I am playing a good tennis right now. I love the court and the crowd here. Let’s see how it’s going to end. It’s never too late,” said Krajinovic, who is enjoying his time during a wonderful week with a lot of sunshine in Hamburg.

“I was out yesterday, having a coffee in a bar. It is a very nice city. For us it is an amazing feeling to go out to see the people after one and half year. I hope it is gonna get better and better.”

World No. 13 Carreno Busta and Krajinovic will meet for the fourth time with the Serbian leading their head-to-head record 3-1. The Iberian is seeking his sixth ATP Tour carer title, his second of the season following his triumph on home soil at the Andalucia Open in Marbella in April. Krajinovic could lift his maiden trophy.

Sunday’s action at the Rothenbaum Tennis Stadium will start with the doubles final at 11 am local time. Top seeds Kevin Krawietz of Germany and Romanian Horia Tecau will take on second favourites Tim Puetz from Germany and New Zealand’s Michael Venus.

The singles final will be played not before 1:30 pm.