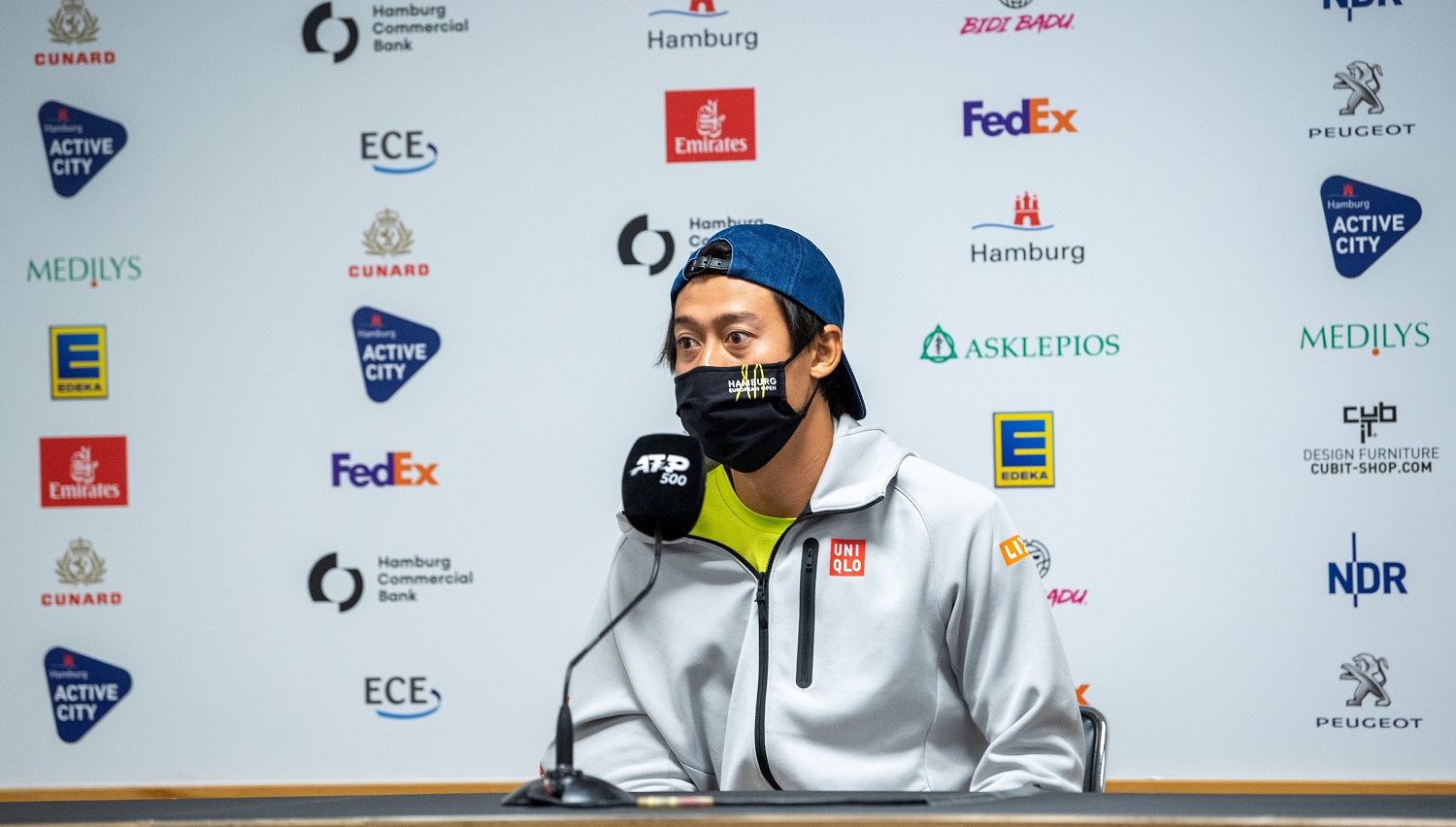 Daniil Medvedev will be the top seed at this year’s Hamburg European Open. The 24-year-old Russian, who is fresh off his run to the semi-finals of the US Open, will play his first tournament since his return from New York.

The World No. 5, however, will have to find his clay feet quickly, taking on Ugo Humbert in the first round. The in-form Frenchman defeated Kevin Anderson and Fabio Fognini at the Internazionali BNL d’Italia in Rome.

“I practiced a few days on clay in Monaco. We only have two tournaments and I will try to play well,” Medvedev, who is seeking his maiden ATP Tour title on the dirt, told journalists in Hamburg on Sunday. “Last year, I had some good matches on clay, but I didn’t manage to finish them well. I am looking forward to this tournament and trying to win some matches at Roland Garros.”

Medvedev, supporter of German football club Bayern Munich, is making his first appearance in Hamburg since 2016 when he was 20. Four years ago, then-World No. 215, Medvedev qualified and reached the second round of the main draw.

“It was my first big tournament with a big win in the first round. It is a great ATP 500 event with many points on the line. The stadium has been renovated, the hotel is very nice,” Medvedev said about returning to the Free and Hanseatic City.

Earlier in the day, Kei Nishikori was asked about his first Hamburg impressions, the tournament and the Rothenbaum tennis venue. “It’s pretty big. I cannot tell too much about the city, as I have only been to the hotel and here. But everyone tells me it is a beautiful city,” the Japanese responded. “It is my first time here and it is a bit sad that I can’t see more of the city. The courts are very nice. I want to enjoy this week.”

Nishikori had been side-lined from the courts after he was tested positive for COVID-19 in August. He was also forced to skip the US Open.

“Of course, I was disappointed not to play the US Open, but I was lucky that I only had a few symptoms. It took only a few days. I am happy to return to the clay-court season. I had my first victory in Rome, and I am feeling better. For sure it will take some time to get back to 100 per cent physically as well as in terms of tennis.

“I want to say that I want to win the tournament, but there are no particular goals for me this year. I just try to play one match at a time and hopefully I can play a lot of tennis this week. I do not have any expectations. I am happy to be back on the tour again.”

The former World No. 4 also returns to his favourite surface. “I like playing on clay, as I have more time than on hard court,” Nishikori explained. “I can create a lot of different situations, using angles and drop shots. I still want to play aggressive coming to the net. It’s more fun than playing on hard court.”

Playing tennis without or in front of less spectators, does not seem to be a big deal for the 30-year-old. “Of course, it’s more fun to play in front of a big crowd but actually I kind of like it. You can focus a little more. I was expecting it was tough, but it was not bad over the last two weeks. In Kitzbühel we also had some people watching.”

Nishikori will face a tricky opponent, taking on Cristian Garin of Chile in the opening round. “He is good player. He won a couple of tournaments. He has a great backhand and a good serve. It will be tough. I try to do my best,” he said.