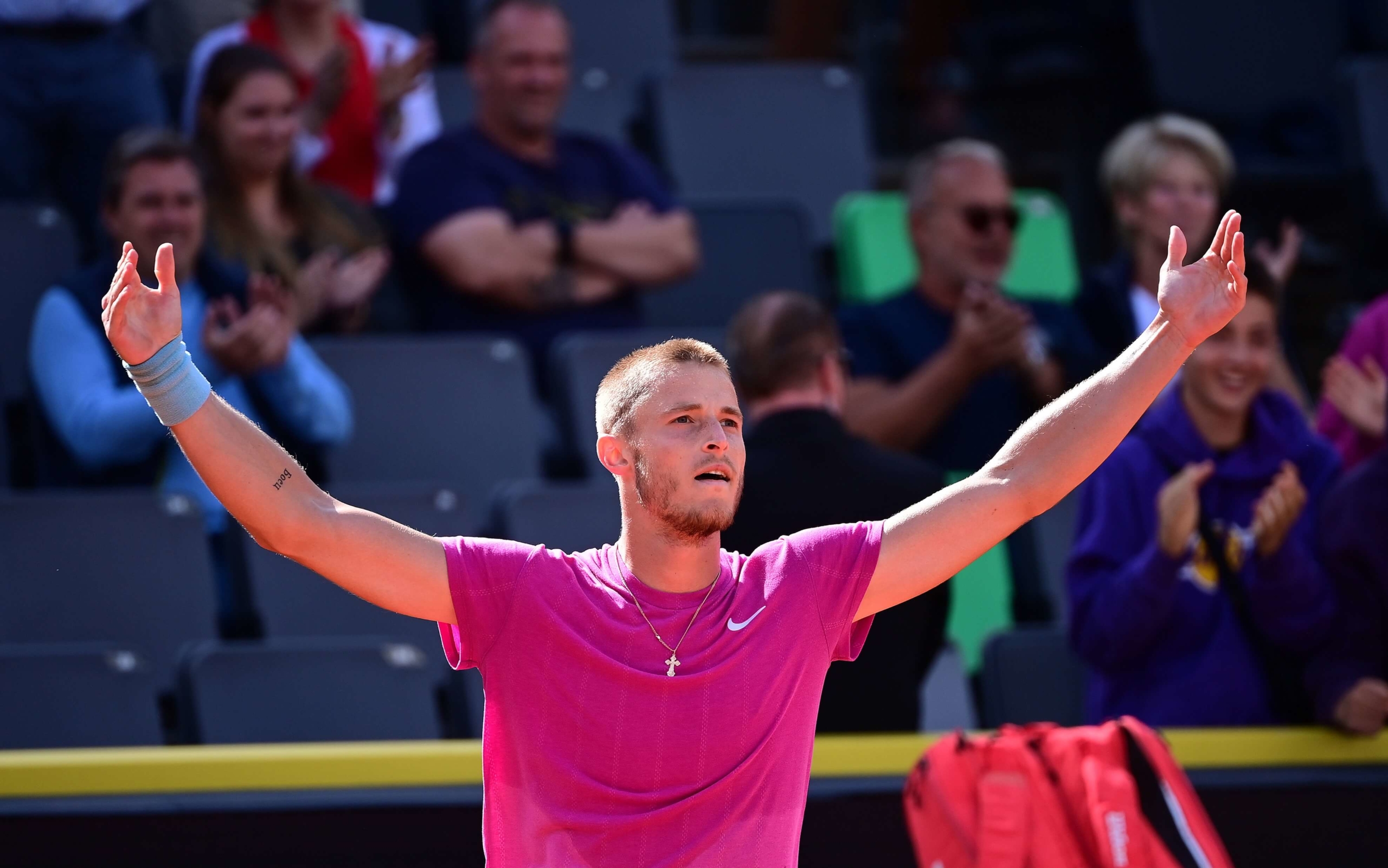 Rudolf Molleker delighted the home crowd at the Hamburg European Open with a stunning performance in his first-round qualifying match on Saturday. In front of 3,500 enthusiastic spectators on Center Court, the 21-year-old German rallied past Manuel Guinard of France 3-6, 6-4, 7-6(8).

Molleker saved two match points in the 10th game of the final set and eventually won on his own sixth match point in the tie-break to secure victory in two hours and 25 minutes.

The World No. 483, who beat former Spanish Top-10 star David Ferrer at the 2018 Rothenbaum tournament and reached a career-high ranking of No. 146 in July 2019, always feels comfortable playing in Hamburg.

Asked how he was able to turn this match around, Molleker simply responded: “Hamburg, my pearl,” referring to a famous local song. “The last two years were not that easy for me. Being back in Hamburg and winning this match is great and hopefully it’s starting again now!”

Next, the Berlin resident will take on his compatriot and fellow wild card entry Marko Topo, who beat Stefano Travaglia of Italy 6-2, 6-2 in 67 minutes.

On the women’s side, Sabine Lisicki also celebrated a win with her home fans on Court 1. The 32-year-old Troisdorf native edged out Stefanie Vögele of Switzerland 7-6(5), 6-2 in one hour and 31 minutes. Lisicki was seriously injured when she tore her anterior cruciate ligament in a doubles match at the Upper Austria Ladies Linz in November 2020 that required surgery. After missing the entire 2021 season, the World No. 496 made her comeback at two ITF World Tennis Tour clay-court events in the United States in May and reached the quarterfinals in Bad Homburg on grass last month.

Lisicki will play Hamburg European Open qualifying top seed Kateryna Baindl in her next match. The 138th-ranked Ukrainian cruised past Dea Herdzelas from Bosnia and Herzegovina 6-0, 6-1 in just 50 minutes.

Earlier, German teenager Noma Noha Akugue knocked out World No. 175 Grace Min of the United States 2-6, 7-5, 7-6(1). The 18-year-old overcame a bumpy start and converted six of 17 break-point opportunities to prevail in two hours and 36 minutes. Up next for Noha Akugue will be Oksana Selekhmeteva, who outlasted Yuliya Hatouka 5-7, 6-1, 6-0 in two hours and one minute.

Both Lisicki and Noha Akugue will be in action on Center Court tomorrow.