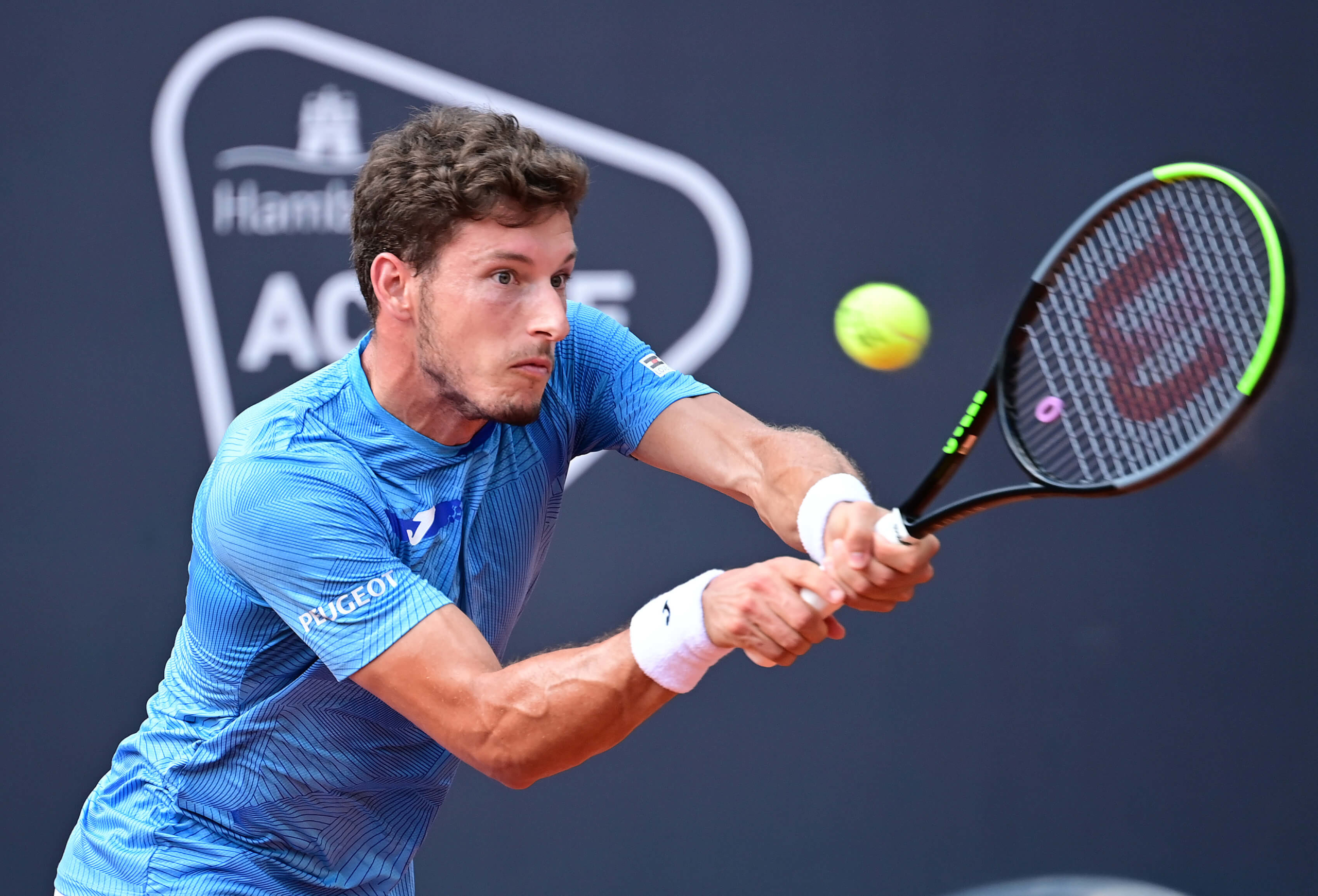 The bottom half of the draw was featured in second-round action at the Hamburg European Open, led by No. 2 seed Pablo Carreno Busta. The World No. 13 opened his title bid on Thursday with a 7-5, 6-3 win over fellow Spaniard and qualifier Carlos Taberner.

Carreno Busta, who lifted his fifth ATP career trophy on home soil in Marbella in April, converted five of his seven break-point chances to prevail after one hour and 44 minutes.

“It was his fourth match and my first one,” Carreno Busta said. “Sometimes that’s difficult for me but I was focused on my game and tried to be aggressive all the time. This was important when I was a break up in the first set as well as when I was down a break in the second. I kept fighting and I am happy with the win.”

The 30-year-old Gijon native dominated from the start, racing to a 4-1 lead in the first set by dictating most of the rallies from the baseline. Meanwhile, the 114th-ranked Taberner managed to break and leveled the opening set at 4-4. However, Carreno Busta regained his focus and committed just five unforced errors during the set to move ahead.

Taberner, 23, had the better start in the second set. The Valencia native, who showed the power in his groundstrokes, broke Carreno Busta’s serve in the opening game and came close to earning a double-break lead. However, instead of losing his serve, the 2019 Hamburg semi-finalist Carreno Busta reeled off four straight games to close out the victory.

“This tournament is very special for me. Two years ago, I made it into the semis. The atmosphere was very nice, and I feel very comfortable playing on this Centre Court,” Carreno Busta said.

Next, Carreno Busta will take on Dusan Lajovic. The No. 5 seed from Serbia edged past 160th-ranked Slovakian qualifier Alex Molcan 6-4, 6-7(2), 6-3 in two hours and 57 minutes – the longest match of the day.

“It was really hard and difficult, but I feel so good. I needed that kind of a match at least in the past two month and I won it. Being able to fight three hours consistently and to come up as a winner is a big thing,” Lajovic said.

“I had the chance for a double break (in the second set) but played a passive return. He went for it and from then on, he gained a little bit of confidence. It’s hard to play against an opponent, who brings everything back on court. After losing the second set, I am happy to come back.”

Later in the afternoon, Federico Delbonis secured his sixth career win over fourth-seeded Spaniard Albert Ramos-Vinolas in the pair’s eighth tour-level meeting. The World No. 48 from Argentina, who finished runner-up to Italy’s Fabio Fognini in the Hamburg final eight years ago, outpointed his opponent 79-75 to secure a 6-3, 7-6(4) victory in almost two hours of play.

“I always enjoy playing here. I have good memories of the tournament, beating Roger Federer (in 2013) and cracking the Top 100. The city is special, and the court is one of the best during the clay-court season,” Delbonis said.

The World No. 48 will next play eighth-seeded Frenchman Benoit Paire, who beat qualifier Juan Pablo Varillas of Peru 7-5, 7-6(8) after two hours and three minutes in the last match of the day.