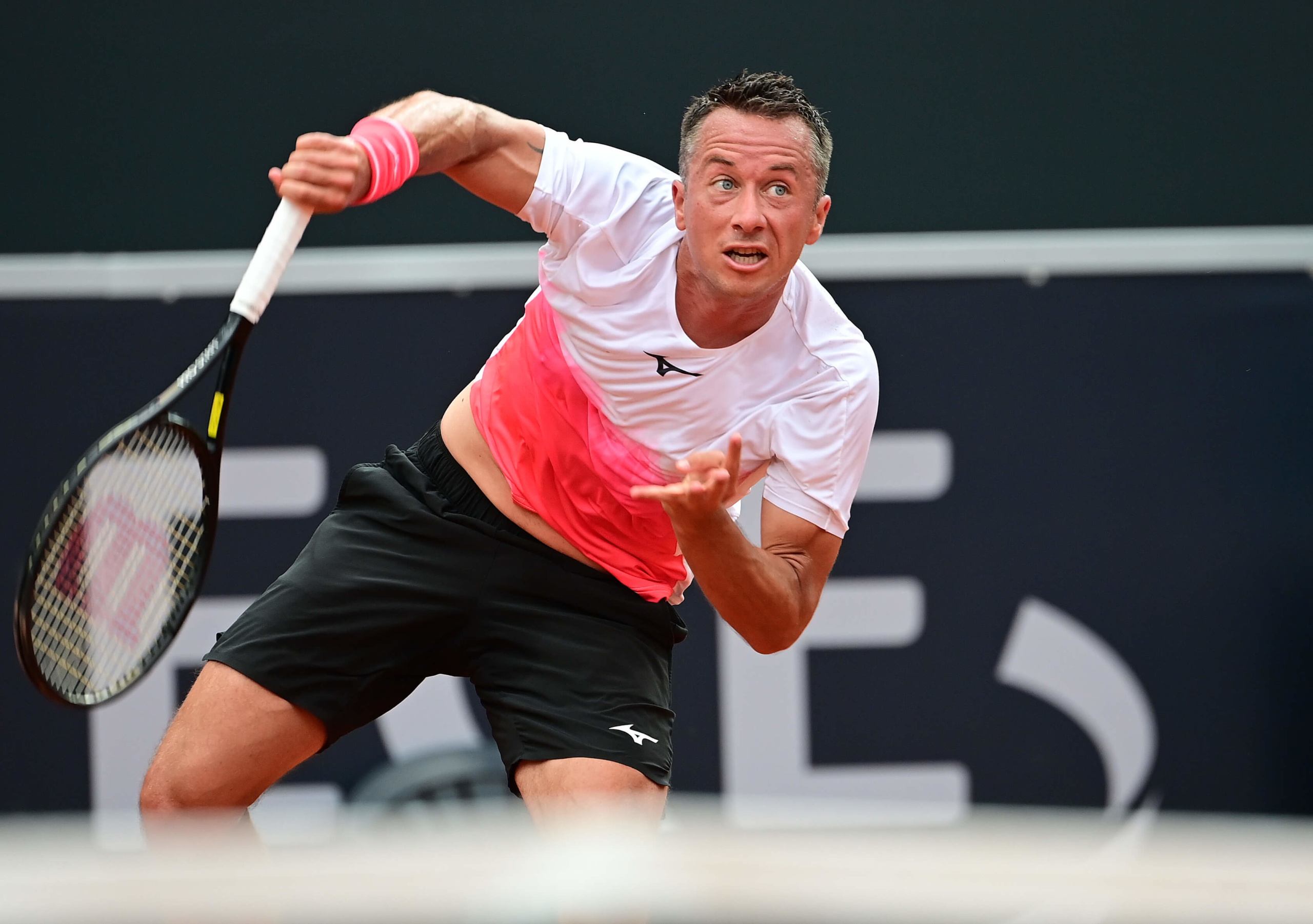 Kohlschreiber in vintage mode, advances to the second round in Hamburg

After nine days of exciting women’s tennis at the Hamburg European Open, the men took over on a sunny Monday, kicking off main draw action at the ATP 500 event. The prestigious clay-court tournament is being held for the 74th straight year and 115th time overall.

Philipp Kohlschreiber, one of the regulars at the Rothenbaum Tennis Complex, began his Open Era-record 17th Hamburg campaign with a 7-6(5), 6-4 win over 66th-ranked Spaniard Jaume Munar.

The 37-year-old German, ranked 117th, was in vintage form, showing aggressive tennis to seal victory with his 33rd winner after two hours and five minutes.

“I had a bit of a bumpy start into the match when I made too many errors on my returns,” Kohlschreiber said. “Then I got into fighting mode and tried to get into the rallies. I served well, missed a couple of chances in the second set but overall, it was a good performance against a strong player on clay.”

Kohlschreiber will next take on either fellow German Daniel Altmaier, who captured his maiden Challenger crown in Braunschweig last week, or No. 6 seed Filip Krajinovic of Serbia.

Seyboth Wild, who captured the 2020 Santiago title in Chile as a 19-year-old wild card to become the first ATP Tour champion born in the 2000s, prevailed after one hour and 58 minutes.

“It was a hard match against a tough player. I am happy to be here, playing on clay. It is a fantastic tournament here, one of the best in the year. I like the conditions. I love the ball and I just want to get the most out of this week, as it is a great place to play tennis,” said Seyboth Wild in an on-court interview.

“I haven’t had the best season of my life. I didn’t play that many tournaments on the ATP Tour. I played mostly Challengers, but I have been improving a lot over the past months and I think everything is possible when you go through a match like this.”

Up next for the World No. 127 will be either No. 7 seed Jan-Lennard Struff from Germany or Serbian Laslo Djere.

In the final match of the day, eighth favourite Benoit Paire of France benefited from the retirement of Lithuanian Ricardas Berankis at 6-6 in the opening set due to injury. Up next for Paire will be qualifier Juan Pablo Varillas of Peru or lucky loser Sumit Nagal from India.

Tsitsipas back in Hamburg

Leading the field at the Hamburg European Open is World No. 4 Stefanos Tsitsipas, who reached last year’s final, and received a wild card. The top-seeded 22-year-old Greek superstar, who leads the ATP Tour this season with 22 clay-court wins – including triumphs at the ATP Masters 1000 in Monte Carlo and Lyon – is happy to be back at the Rothenbaum tournament.

“The organization is excellent. I build a relationship with the crowd that comes to support me. It feels like kind of playing at home. I have never felt this way on the tour. Wimbledon didn’t really go my way, I had different expectations and coming to Hamburg was the right decision,” Tsitsipas said, ahead of his opening second-round match against either Dominik Koepfer or qualifier Maximilian Marterer, both from Germany.

The French Open runner-up Tsitsipas will also compete in doubles alongside his brother Petros.

“I love my brother. I will always be there for him. He did great last week, playing his first final at Futures. He has a lot of potential We are working on building a good foundation to make this a spectacular journey for both of us,” Tsitsipas said. The siblings will face No. 2 seeds Tim Puetz of Germany and New Zealand’s Michael Venus in the first round on Tuesday.