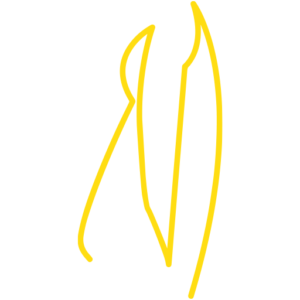 The Hamburg Commercial Bank (HCOB) will be a sponsor of the 2020 Hamburg European Open. “We’re delighted to have Hamburg Commercial Bank as an important partner for our tournament. It’s fantastic news and a great signal that the bank, which has roots in Hamburg, supports our tradition-rich sporting event, while demonstrating with this sponsorship its social engagement in its home region,” said tournament director Sandra Reichel on Friday. The bank’s corporate branding will be displayed on the Center Court and on match court M1, as well as on the players’ benches.

“The relaunch of the Hamburg European Open under Sandra Reichel’s leadership the past year has set a new standard for how an event can evolve and rejuvenate itself. It’s an impressive achievement and an exciting endeavor. HCOB, as a privatized bank, is also embarking on a promising new future,” said Stefan Ermisch, CEO of Hamburg Commercial Bank. “The Hamburg European Open is one of the top sporting events in the Hanseatic City. We’re looking forward, together with all the residents of Hamburg, to an exciting tournament.”

The Hamburg European Open will be held from September 19 to 27 in the completely renovated tennis stadium at Rothenbaum. There are five top ten players on the entry list, headed by the Russian world number five Daniil Medvedev and the world number six Stefanos Tsitsipas from Greece, the winner of the ATP finals in London. Ticket sales for the 114th edition of Germany’s oldest tennis tournament began on Thursday via the tournament website (www.hamburg-open.com) and the ticket hotline (Tel. 01806-991175).

Hamburg Commercial Bank is a private commercial bank that resolutely looks at things from the perspective of its mostly medium-sized corporate clients. As a specialist finance provider in the areas of real estate, renewable energies, the upper middle market, and shipping, the bank is known for its in-depth expertise, efficient solutions, and dependability throughout Germany and in selected European countries.

Asklepios Kliniken and MEDILYS Laborgesellschaft are official health and hygiene...
Scroll to top