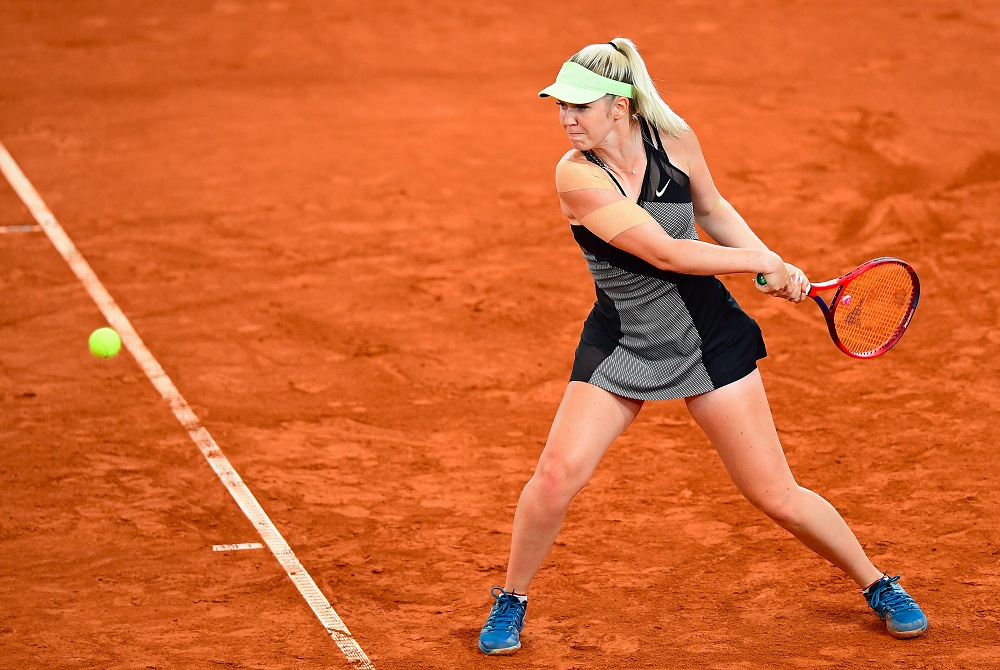 The WTA Tour returns to Hamburg as qualifying kicks off

The ladies are back in Hamburg! The WTA Tour has returned to the Rothenbaum Tennis Stadium for the first time in 19 years. On-court action kicked off on Monday with the first round of the qualifying draw.

World No. 161 Kristina Kucova is the highest ranked of the 16 players, from newcomers to veterans, vying for four coveted spots in the main draw. The 31-year-old from Slovakia fought past Stephanie Wagner of Germany 6-1, 4-6, 6-4 after two hours and 21 minutes. Kucova will next take on No. 7 seed Mandy Minella from Luxembourg, who beat local wild card entry Eva Lys 7-5, 6-4 in one hour and 36 minutes.

Anna Zaja defeated fellow German Jasmin Jebawy 6-2, 6-3. The 30-year-old will play compatriot and No. 6 seed Katharina Gerlach in the final round of the qualifying. The World No. 225 from Essen edged out Katarzyna Piter from Poland 6-2, 7-5 in just under two hours of play.

In the bottom half of the draw, No. 3 seed Marina Melnikova benefited from the retirement of Germany’s reigning national champion Noma Noha Akugue, leading 6-1, 4-1.

Melnikova will next face wild card entry Katharina Hobgarski. The 24-year-old German eased past Argentine Paula Ormaechea 6-1, 6-3 in 69 minutes. Fourth seed Elena-Gabriela Ruse of Romania beat En-Shuo Liang of Chinese Taipei 6-2, 6-1 to set a meeting with Isabella Shiniakova from Bulgaria. The fifth favourite from Bulgaria knocked off Sina Herrmann 6-4, 6-2 in one hour and 22 minutes.

In the meantime, the main draw ceremony for the WTA 250 event took place in a very special setting in the modernized “Walk of Champions” under the south stand of the Rothenbaum Tennis Stadium.

Top seed Dayana Yastremska from the Ukraine will open her title bid after a first-round bye against either Magdalena Frech from Poland or a qualifier. No. 2 seed and 2019 Nürnberg champion Yulia Putintseva of Kazakhstan awaits the winner of the highly anticipated all-German encounter between Hamburg European Open tournament ambassador Andrea Petkovic and Anna-Lena Friedsam.

“The last time I lost to Anna-Lena,” Petkovic recalled her two-set defeat, also on clay in Nürnberg two years ago: “In the first week I am mainly here as an athlete. Next week during the ATP Tour tournament, I will be ‘at the embassy’. I think it’s important that there are combined women’s and men’s tournaments.”

Third favourite and this year’s Roland-Garros semi-finalist Tamara Zidansek from Slovenia will either play Romanian Irina Bara or Kristyna Pliskova from the Czech Republic.

“I’m really happy to be here. It is a really nice place,” Zidansek said. “I just came from grass and had my first practice yesterday. First of all, I need to adapt to clay and hopefully I do that good and manage to play as good as I can.”

No. 4 seeded US-American Danielle Collins will start her campaign in Northern Germany against the winner of the match between home favourite Mona Barthel and a qualifier.