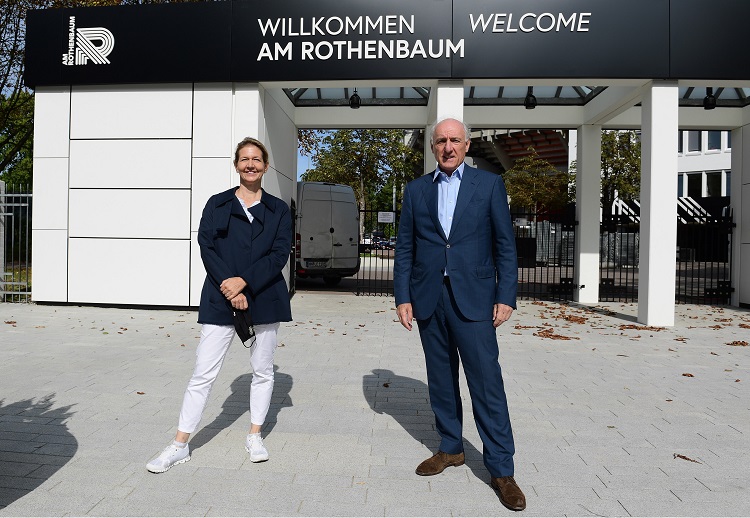 The WTA Tour returns to Hamburg!

Tennis fans can look forward to a new women’s tournament to be held in Hamburg and organized by the Austrian Reichel Business Group, which is also responsible for the men’s Hamburg European Open. Sandra and Peter-Michael Reichel take over the tournament license for an event of the 250 series that was previously held in Jurmala, Latvia, in July under the name “Baltic Open”. The Women’s Tennis Association WTA agreed to a request on Wednesday evening at its digital board meeting. For Peter-Michael Reichel, who is a member of the committee as the European representative, the abstention from voting applied.

“We are pleased that we can keep our promise to bring the women back to Hamburg, if possible, this summer as far as the ongoing Covid-19 crisis permits,” said Sandra Reichel, who has served as the tournament director of the Rothenbaum men’s event for two years. “Women’s tournaments in Hamburg with Steffi Graf as the record champion by clinching six titles in a row, were just as legendary as the men’s events,” she emphasized. The last edition of the WTA tournament in Hamburg was won by former World No. 1 Kim Clijsters of Belgium in 2002 before the license was sold to Philadelphia.

The general conditions for the new edition will be worked out in accordance with their partners – the Free and Hanseatic City of Hamburg, the German Tennis Federation (DTB), supporter Alexander Otto and the local Tennis Club an der Alster.

The men’s Hamburg European Open is scheduled for July 10 to 18 as part of the 2021 ATP calendar.

“Hamburg is back on the stage of international women’s tennis after almost 20 years. After the successful restart of the Rothenbaum tournament in 2019, the modernization of the venue and hosting the men’s event with spectators amid the coronavirus pandemic last year, this will mark the tournament’s next milestone. Congratulations to Sandra Reichel, who, especially after the successful implementation under difficult conditions last year, will also make the women’s event a success for Hamburg,” said Andy Grote, Sports Senator of the Free and Hanseatic City of Hamburg.

“We are very pleased that the Reichel family has acquired another license for a ladies’ tournament and would like to host it in Hamburg. This is another positive signal for the development of the tournament landscape in Germany,” DTB vice-president Dirk Hordorff stated.

“It’s fantastic that after almost 20 years the ladies will return to the Rothenbaum Tennis Stadium. I think it’s a very good idea to combine the women’s and men’s tournaments like it’s done at the Grand Slams, and I’m happy that the modernized tennis facility has developed its charisma so quickly. The Reichel family has strengthened Hamburg as a tennis location and I wish them every success with the organization,” said entrepreneur and patron Alexander Otto, who supported the modernization of the Rothenbaum Stadium with around €8 million.

Sandra Reichel and her father Peter-Michael Reichel have already gained a lot of experience in organizing professional women’s tournaments. The event they organized in Linz in their home region of Upper Austria celebrated its 30th anniversary in 2020. They were also responsible for the events in Bad Gastein (2007-2015 / also Austria), Barcelona (2012) and Nuremberg (2013-2019).

After Stuttgart, Berlin, Bad Homburg and Cologne, Hamburg will be the fifth WTA tournament to be held in Germany.