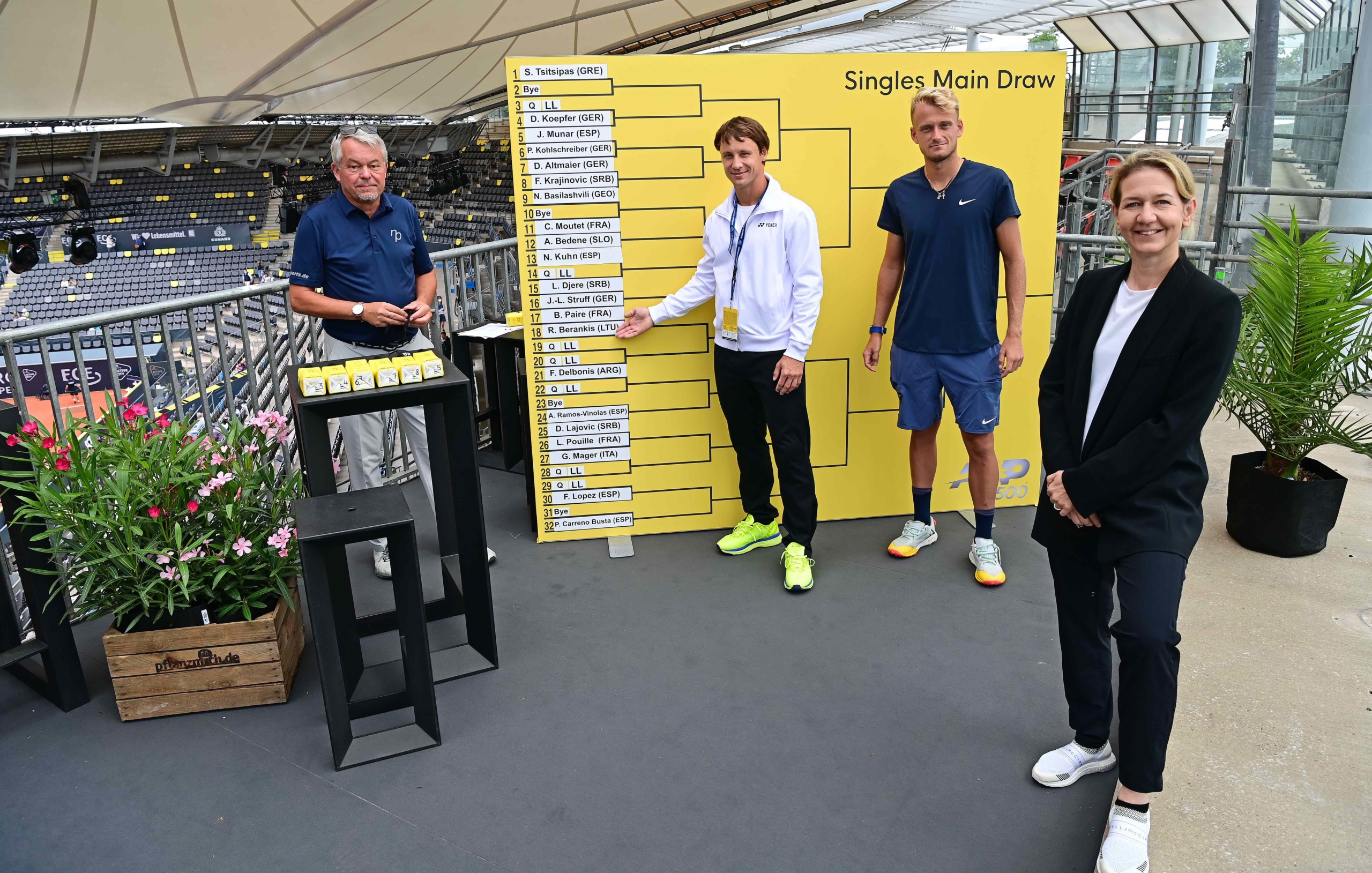 The main draw for the Hamburg European Open men’s event was revealed on Saturday featuring a couple of interesting matches. The 28-man-field of the prestigious ATP 500 tournament is led by World No. 4 Stefanos Tsitsipas. After a first-round bye, the top seed and last year’s runner-up from Greece will open his title bid against Germany’s Dominik Koepfer or a qualifier.

Two-time Hamburg champion Nikoloz Basilashvili of Georgia awaits the winner of the encounter between Frenchman Corentin Moutet and Aljaz Bedene from Slovenia. Spanish wild card entry Nicola Kuhn will start against a qualifier and next could face either Serbian Laslo Djere or No. 7 seeded local favourite Jan-Lennard Struff.

“It is a pleasure to be here, being able to play on these courts,” said 21-year-old Kuhn, who was born in Austria to a German father and a Russian mother. From 2014 to 2016, he had represented Germany in ITF Junior and Pro tournaments before switching allegiances to Spain. “I was competing here as a junior. Getting a wild card for the main draw is a dream coming true. The new venue here is fantastic and so beautiful with the yellow theme. Everything looks great.”

In the bottom half of the draw, No. 2 seed Pablo Carreno Busta will start his Hamburg campaign against fellow Spaniard Feliciano Lopez or a qualifier. The World No. 13 will make his fourth appearance at the Rothenbaum Tennis Complex. Two years ago, Carreno Busta advanced to the semi-finals but fell to Andrey Rublev.

Fourth favourite Albert Ramos-Vinolas of Spain will play against either Argentine Federico Delbonis or a qualifier. Ricardas Berankis, who attended the main draw ceremony, will challenge No. 8 seed Benoit Paire from France in his Hamburg debut.

“It is my first time in Hamburg, and it is very nice here. I am enjoying it so far, even though it rained yesterday. It is a great place, and the stadium is one of the nicest I have ever been to,” Berankis said.

“It looks like a tough draw,” tournament director Sandra Reichel said of the upcoming match-ups. “All Germans are in one section of the draw, so we are maybe lucky that one of them is going through. Our WTA event will finish this weekend. We had two German women in the semi-finals, and I am curious what will happen next weekend. With Stefanos we have a strong No. 1 player. I think we can look forward to some interesting first-round matches. I am happy to welcome great players in Hamburg.”

Meanwhile, the qualifying of the ATP tournament kicked off and both top two seeds booked a spot in the final round. Carlos Taberner of Spain eased past German wild card entry Niklas Guttau 6-1, 6-2 in one hour and 20 minutes.