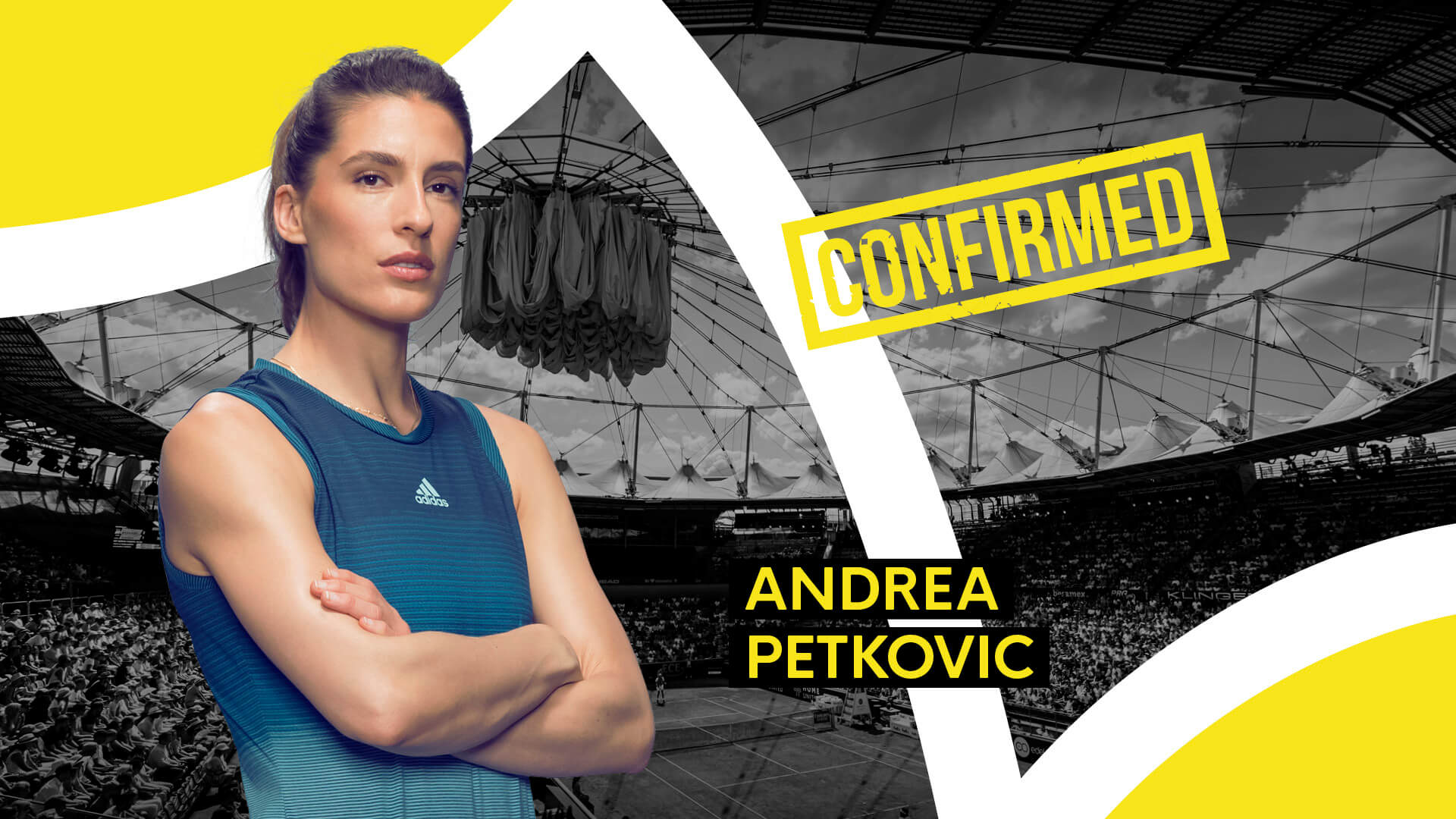 Andrea Petkovic will compete in Hamburg and becomes tournament ambassador

“I look forward to this opportunity. The strongest tournaments are combined tournaments where women and men compete together side by side. As a tennis location, Germany needs a tournament like this”, said Petkovic, who held a virtual press conference together with tournament director Sandra Reichel. “Keeping tennis alive in Germany is close to my heart. If at some point I can no longer do it as a player, then I’ve always wanted to make a contribution in other ways. It’s fantastic that Sandra is offering me this chance”, added the six-time WTA tournament winner. If she does not automatically qualify for the main draw in Hamburg based on her world ranking, she will receive a wild card.

The German Fed Cup player will next compete at the French Open, which starts on May 30. She achieved her best Grand Slam career result there with a semi-final appearance in 2014. The Darmstadt native, who has a second home in New York, has already established several career paths for when she stops playing tennis. She hosts the “ZDF-Sportreportage” and her debut novel “Zwischen Ruhm und Ehre liegt die Nacht” (Kiepenheuer & Witsch) was an instant bestseller.

“Andrea was by far my top candidate. We’ve known each other for many years; she won her first career title at our tournament in Bad Gastein in 2009″, said Sandra Reichel. She added: “Andrea is a unique, polylingual personality who enjoys great respect throughout the tennis world – well beyond the borders of Germany. This includes the fans, the players on tour and the tournament organizers. I’m delighted that we convinced her to join us at the Hamburg European Open.”

As tournament ambassador of the clay court classic at Rothenbaum, Petkovic will take part in the draws and meet and greets with sponsors, but she’ll also be involved behind the scenes in the daily ATP meetings concerning match schedules. “I’d also like Andrea to offer her ideas on how we can further develop our tournament”, Reichel said.

The last women’s tournament was held in Hamburg in 2002. Thanks to a newly acquired license, the WTA Tour is now celebrating its comeback in the Hanseatic city 19 years later. The Hamburg European Open is thus the only joint women’s and men’s tournament in Germany. The WTA event belongs to the 250 category, whereas the ATP event is part of the 500 series.

Advance ticket sales will start soon. The organisers are cooperating closely with the health and sports departments of the city of Hamburg. The health of all those involved is paramount. Tickets originally purchased for the July tournament last year, when the tournament could not be held due to Corona, are valid for the 2021 Hamburg European Open. Ticket holders will be contacted individually in the near future.